Back in August, Lenovo unveiled the Tab P11 Pro with Snapdragon 730G and OLED display. Now, the company is gearing up to launch a more affordable version of the P11 Pro dubbed Lenovo Tab P11. The device is now spotted on Google Play Console, Google Supported Devices list, and HTML5 test. 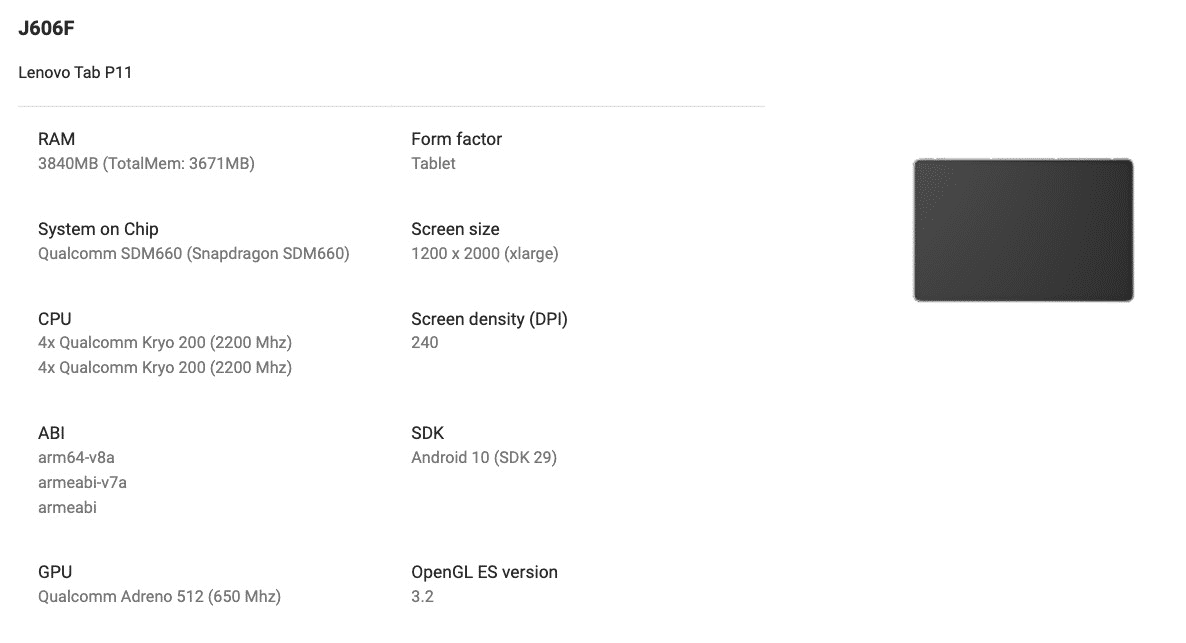 As per the Google Play Console listing, the Lenovo Tab P11 will be powered by an octa-core Snapdragon 660 processor paired with 4GB of RAM. It will feature a 1200×2000 pixel resolution display with 240DPI pixel density. The handset will run Android 10 out of the box.

Google Supported Devices list confirms that the phone has a model number TB-J606F. The Tab P11 also appeared on the HTML5 test that reveals Android 10 OS and a screen resolution of 1334×800 pixels. Listing of this tablet at multiple places indicates that the launch is not too far from here.