LG G6 (H873) is now getting V15c-OCT-26-2017 October 2017 Security Patch OTA Update In Canada: LG has released two new smartphones in its flagship lineup this year which is the LG V30 and the LG G6. Now, the LG V30 is the flagship smartphone from the company in the LG V series which was launched by the company just a couple of year back with the launch of LG V10.

However, the LG G series is much older than the LG V series and the G6 from LG is the sixth smartphone in the G series from LG, as the number rightly suggests. Now, we have known that both the LG flagship smartphones have been launched with a bezel-less design and dual camera setup.

Now, this update is not bringing any new changes to the smartphone like Android 8.0 Oreo update or an update to LG UX which is the custom skin on LG smartphones. However, the update is pretty large and the download size of the update is 770MB. What is known, however, is that the update versioned V15c-OCT-26-2017 brings the much-needed October security patch to the device which improves the security of the device. 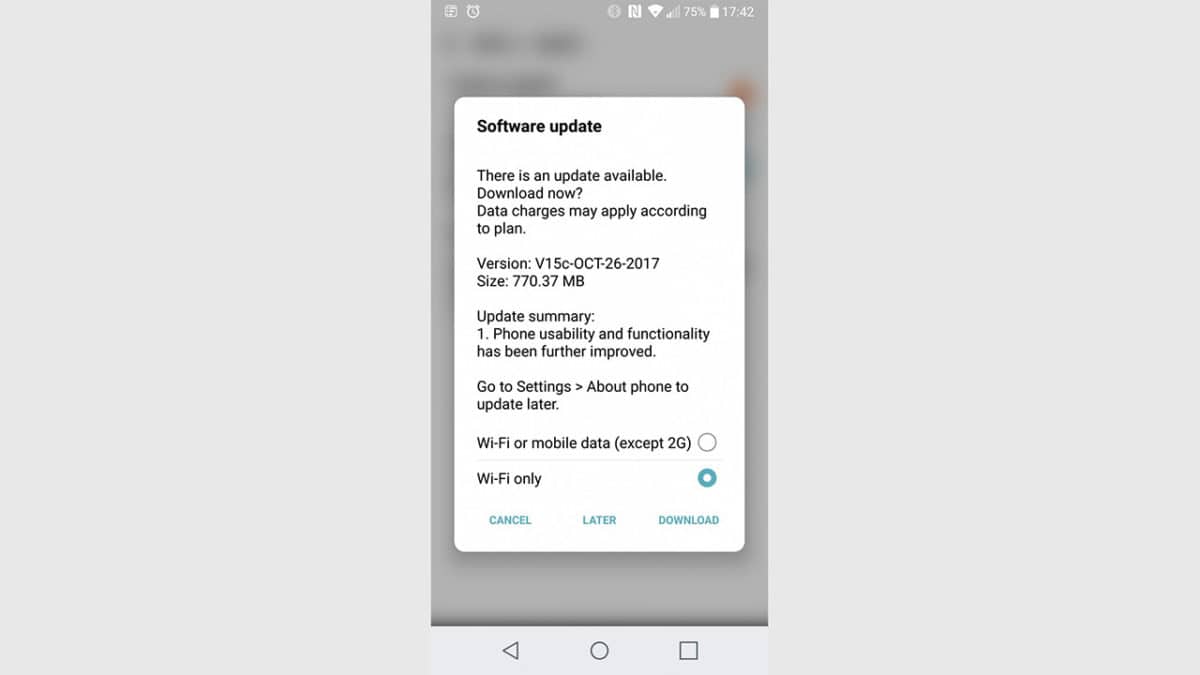 Also, the changelog only mentions that “Phone usability and functionality has been further improved” after the update but you should expect to see a lot more changes after this update.