Download/Install Lineage OS 14.1 on Vertex Impress Eagle (Android Nougat 7.1.2): Has anyone among you ever used CyanogenMod on their Android devices? If yes, then you would know how flexible and efficient this custom Mod is when compared to the usual Android mobile operating systems. Lineage OS, which is the extension of CyanogenMod is very similar as it is developed by the developers using the same type of sources. Even though Lineage OS and CyanogenMod are very similar but Lineage OS has eclipsed the success of CyanogenMod by several folds. One of the biggest reasons for the success is that more and more people are becoming aware of the benefits of custom ROMs. Today, in this post, we are going to tell you about Vertex Impress Eagle, and how you can easily install Lineage OS 14.1 on this device. Lineage OS 14.1 will be based on the source code of Android Nougat OS and will come with not only the features of the original OS but also many more.

If you happen to be a Vertex Impress Eagle user who is looking to download this custom ROM and avail all the features of Android Nougat OS, then this post will be very helpful for you. In this post, we will not only be giving you the step-by-step guide to installing this update but we will also be giving all the important information regarding Lineage OS 14.1. We will also give you the basics of custom ROMs among others. 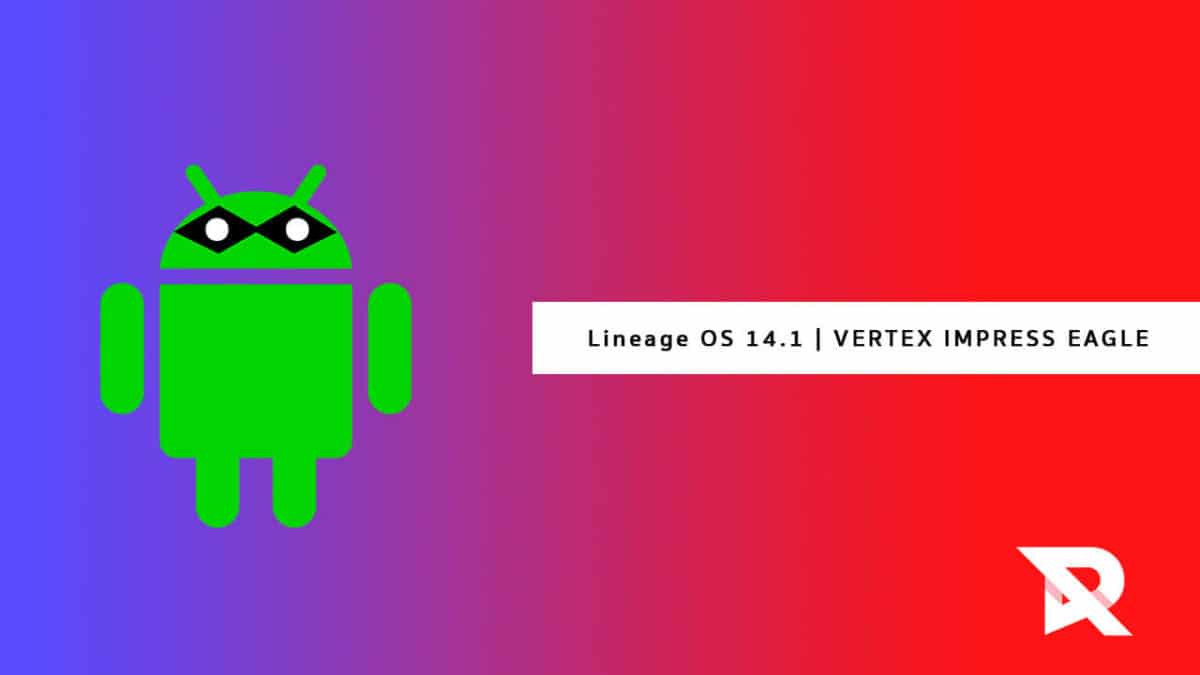