Download and Install Lineage OS 15.1 On Galaxy S2 (i9100) (Android 8.1 Oreo): Samsung Galaxy S2 is now a 7 years old device but the best part is this is one of the best developer friendly devices ever.There are tons of Custom ROMs available for this 2011 flagship.It has been updated to Android 8.0 Oreo via Lineage OS 15 and now thanks to Custom ROMs like Lineage OS, users can now enjoy Android 8.1 Oreo which is the latest from Google on Samsung Galaxy S2 International/Global Variant.

Samsung Galaxy S2  is the first Galaxy device to put an impact on the mobile market and it brought a huge revolution.There are still many users who have this device till now and some even using this as their main device.So for those, this is really a very awesome news.Now they can Update Galaxy S2 To Android 8.1 Oreo via Unofficial Lineage Os 15.1.

Here we would like to thank rINanDO, Senior Member of Xda for developing the unofficial build of Lineage OS 15.1 For Samsung Galaxy S2 (i9100).Remember, the ROM is in its initial stage so there may be some bugs present in this build and we are sure these bugs will be fixed in the future update.We don’t recommend users to use this ROM as their daily driver.For more information about bug list and other please visit the official Xda thread here

If you are a Galaxy S2 (i9100) user and are interested in this new update, you can easily download and install it. All that you need to do is fulfil some pre-requisites, complete few downloads, and then follow the guide mentioned below.Once the ROM is available we will update the post with active link and you can then download Lineage OS 15.1 For Galaxy S2 (i9100) 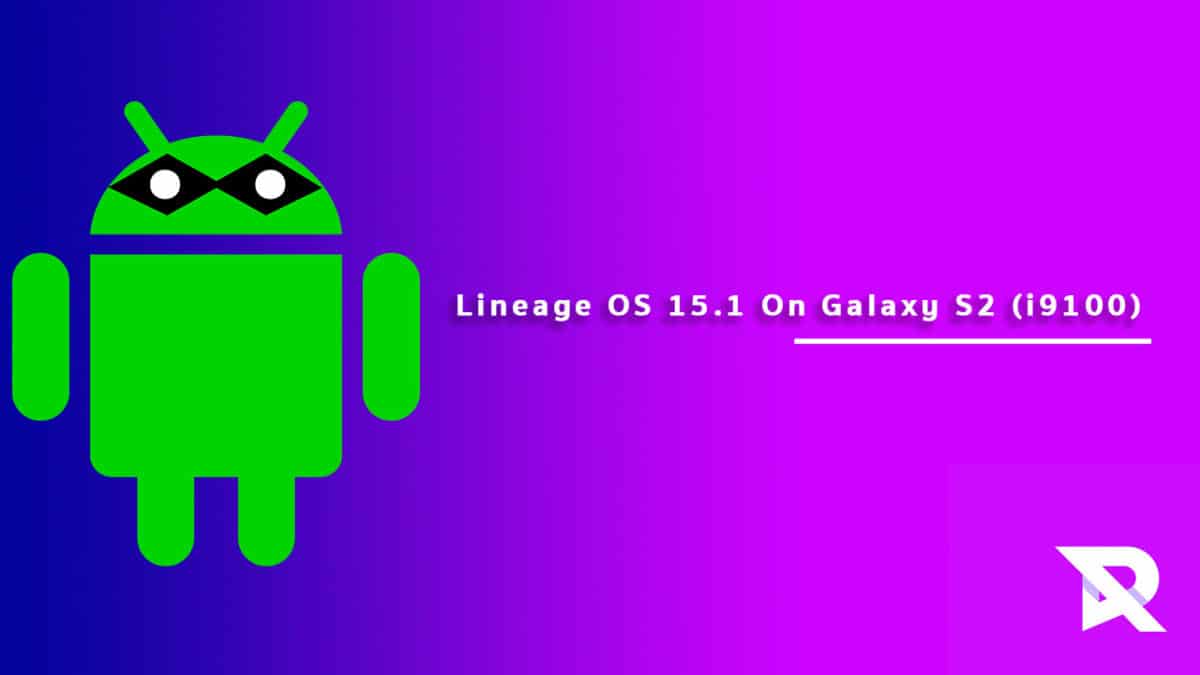