Download and Install Lineage OS 15.1 On HTC One Max (Android 8.1 Oreo): Hello guys! Today, we are here to tell you all about Lineage OS and how you can easily install the newest update on your HTC One Max. I’m sure most of you must have heard about Lineage OS as it is one of the most popular and successful lines of custom ROMs. Previously known as CyanogenMod, Lineage OS has been released some of the best custom ROMs available in the Android market for past few years. Thanks to tarkzim who has shared with us this unofficial build of Lineage OS 15.1 which works well for HTC One Max users. This is an unofficial build which is based on Android 8.1 Oreo OS and it will come with all the latest features such as split-screen mode, picture in picture mode, and more. We have to make certain things clear before we go on to install this update. This is an unofficial update and is still in the initial building stages. There are some issues with GPS and HW accelerator video playback. These issues will be addressed in the upcoming updates.

HTC is a brand which has its followers all over the world. Time and time again it has continued to amaze its fanbase with some extraordinary models with exciting features and specifications. Its HTC One Max comes with a super LCD3 capacitive 5.9-inch touchscreen with full HD resolution of 1920x1080p, a Qualcomm APQ8064 Snapdragon 600 Quad Core 1.7GHz Krait 300 processor, Adreno 320 GPU, 2 GB RAM, 16/32 GB ROM storage capacity, and a non-removable Li-Po 3300mAh battery. It runs on Android 4.3 JellyBean OS while it has an update for Android 5.0 Lollipop waiting. Its other features include a 4.0 MP rear camera, a 2.1 MP front camera, Wi-Fi, Bluetooth v4.0, A-GPS, NFC, Fingerprint scanner, and more.

If you are an HTC One Max user, then this guide will be highly beneficial for you. Not only will this guide help you install this unofficial build of Lineage OS 15.1 easily, but it will also give you all the basic information about Lineage OS that comes in handy at times when things go wrong in the working of your device. 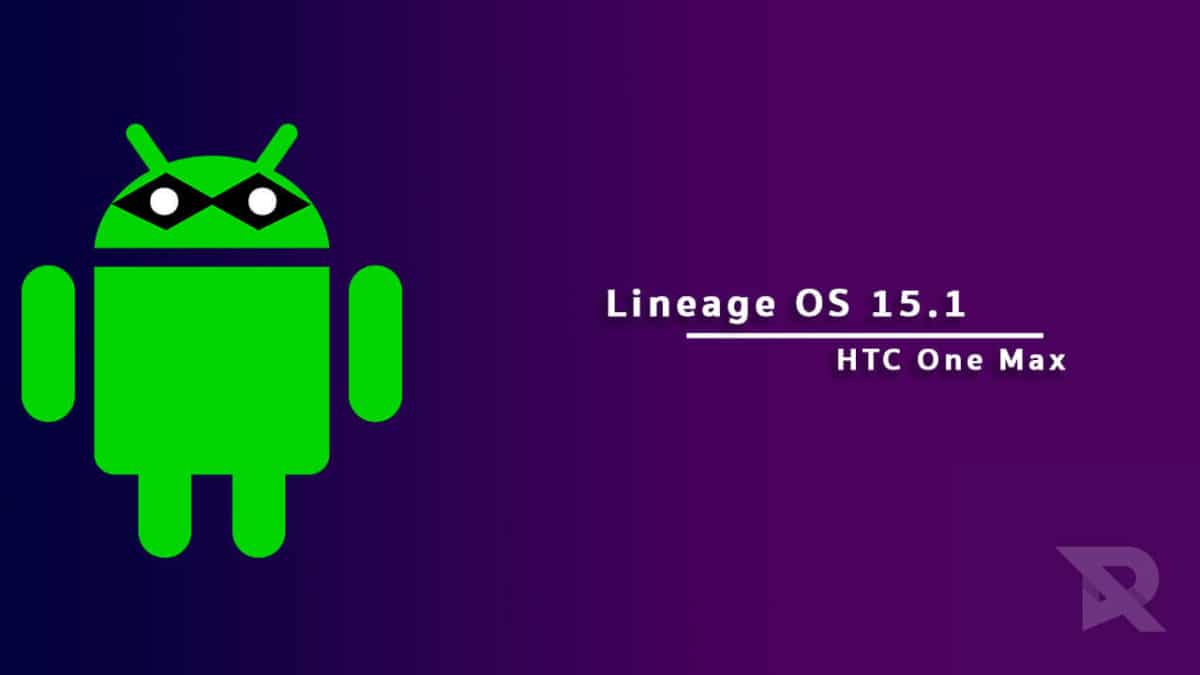