Xiaomi Redmi 1S was one of the cheapest android smartphone available in the market.It equipped with a 4.70-inch touchscreen display with a resolution of 720 pixels by 1280 pixels at a PPI of 312 pixels per inch.The Redmi 1S is powered by 1.6GHz quad-core Qualcomm Snapdragon 400 MSM8228 processor coupled with 1GB of RAM.It comes with 8GB of internal storage which can be expanded up to 64GB via a microSD card.The Xiaomi Redmi 1S sports a 8-megapixel main camera on the rear and a 1.6-megapixel front selfies camera.It runs Android 4.4 kitkat and houses a 2000mAh removable battery

We like to thank hemantbeast, Senior Member over Xda for sharing this unofficial build of Lineage OS 15.1 for Xiaomi Redmi 1S users.This custom ROM is based on latest Android 8.1 Oreo source code.We don’t recommend users to use this ROM as a daily driver as of now.The ROM is still in its initial development stage.We are sure in coming days all the bugs will be fixed by the developer.

If you are happen to be a Xiaomi Redmi 1S user and are interested in this new update, you can easily download and install it. All that you need to do is fulfil some pre-requisites, complete few downloads, and then follow the guide mentioned below.Once the ROM is available we will update the post with active link and you can then download Lineage OS 15.1 For Xiaomi Redmi 1S 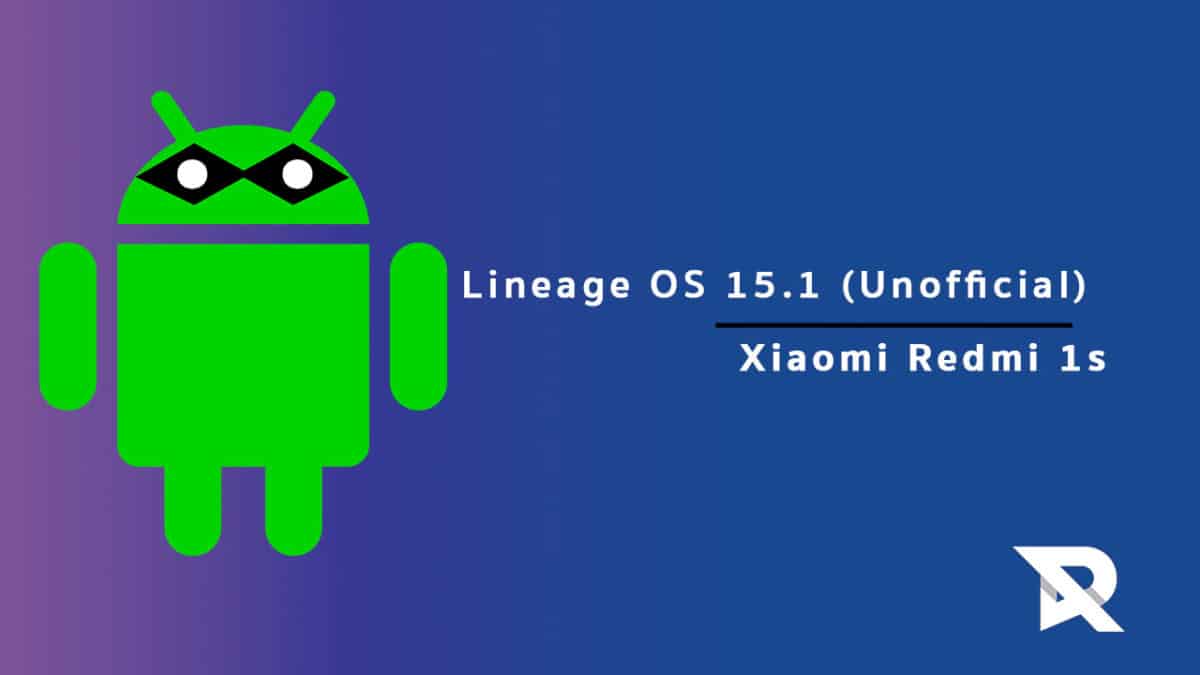