We have seen a long journey from cupcake, donut, eclair, froyo, gingerbread, honeycomb, ice-cream Sandwich, Jellybean, KitKat, lollipop, Marshmallow, Nougat to Oreo. Don’t worry it’s not a list of sweets but Android versions till date. We have come a long way to Android 8.0 Oreo which is currently in beta version. The biggest strength of Android is that it is open source. This opened up the channels for innovation which a lot of third-party developers have capitalized on; Lineage OS being one of them.Follow the guide To Safely Update Galaxy S7/S7 Edge To Android 8.0 Oreo via Lineage OS 15.Check Out the device list here > [LineageOS 15] Official Lineage OS 15.0 Device List(Android 8.0)

Lineage OS 15.0 is the new custom OS which is the successor to the earlier commercially successful CynogenMod. Lineage OS was officially launched in December 2016. Lineage OS 13, 14.1 are out there and Lineage OS 14.1 has already been successfully installed on 165 plus devices.

Lineage OS 15.0 developers community has already come with a list of devices on which they would be making it available; Samsung S7/S7 Edge is there on the list. And the list for LineageOS 15.0 too has reached 150 plus.

The Lineage OS 15 For Galaxy S7 Edge (Unofficial) is developed and shared By Ivan_Meler, Senior Member over Xda.So we are very thankful to him.The ROM is in its earlier development stage and may contains few bugs, but we are sure with coming updates everything will be fixed.

For more details check out the development page here 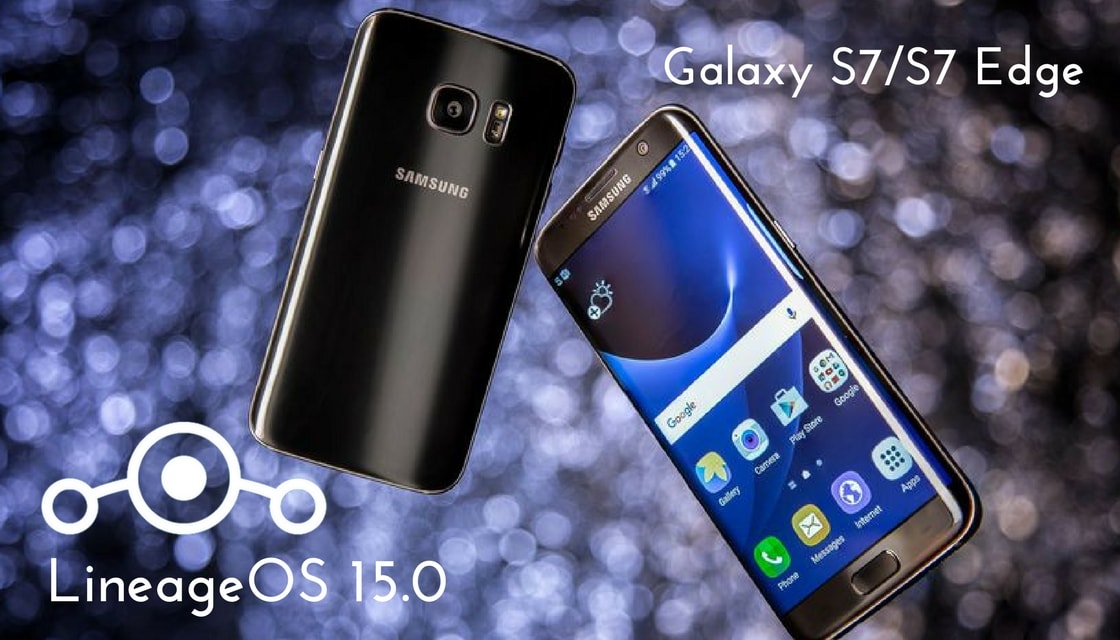 The Official LineageOS 15.0 will be better than the LineageOS 14.1 contributing to this factor is better notifications management,  multi-window functionality, better security and so on that will be incorporated in Android 8.0.

How to Root Galaxy S7 and S7 Edge on Android Nougat
Make sure your device has more than 50% battery.

LineageOS would be available after the Android Open Source version is released. Which means you should be able to get Lineage OS 15 which is also an open source software by late 2017 or early 2018.