Download and Install Lineage OS 15.1 For OnePlus 2 (Android 8.1 Oreo): OnePlus 2 is one of the major flagship killers from the OnePlus company released in July 2015. It runs on Snapdragon 810 processor along with 4GB RAM. OnePlus 2 comes with the 5.5-inch 1080 x 1920 pixels screen protected by Gorilla Glass 3. Though the OnePlus 2 is 3 years old device still it is one of the best devices to use as a daily driver. OnePlus 2 comes with Android 5.1 Lollipop out of the box which can later be upgraded to Android 6.0.1 Marshmallow. As OnePlus stopped releasing official updates to OnePlus 2 device, but Custom ROM developers kept the device alive with Custom ROM based on latest Android OS.

The XDA Senior Member Shreesha.Murthy developed the unofficial Lineage OS 15.1 builds for OnePlus 2. The Android 8.1 Oreo is the latest version of the Google labs. With the release of new Android 8.1 Oreo, the parallel thing that happens is the development of the Custom ROM which essentially acts as a wrapper to the underlying Android version. The Lineage OS 15.1 on OnePlus 2 based on Android 8.1 Oreo is packed with new Wallpaper Themes, AutoFill, Redesigned Power Menu, Adaptive Icons, Picture -In- Picture Mode, Google Play Protect and 2X Boot Time, new Shutdown and boot Animation, Pixel 2 Launcher, Round Statusbar Icons, and Settings.

As this is the initial stage of development, the official builds are not yet released. This build may not work as a daily driver as you expect. As official builds are under development, you can wait until official release. But if you can to test this Lineage OS 15.1 on OnePlus 2 and taste the latest Android 8.1 Oreo features. Follow the below step by step guide to install Lineage OS 15.1 on OnePlus 2 (Android 8.1 Oreo). 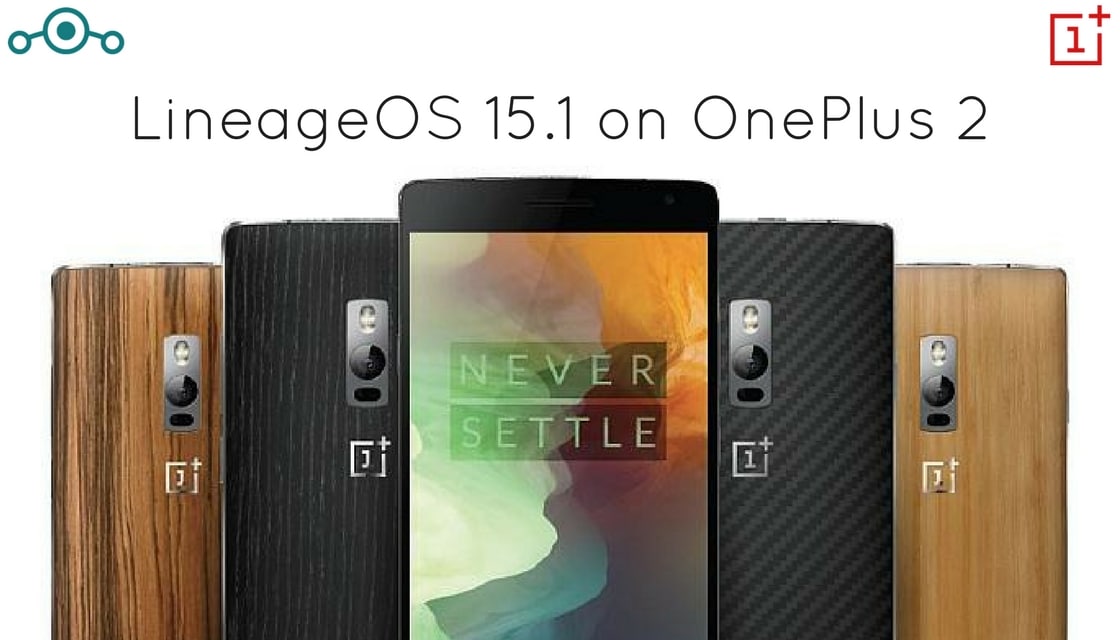