The unofficial build by XDA Recognized Developer dianlujitao is in the alpha stage of development, it may contain a lot of bugs may not suitable for the daily driver. The developer working on bugs found in this build, expected to fix them soon. The official builds are under development, you can wait until official release. If you want to taste the new features in Android Oreo or wanna try the latest version of Android OS right now you can follow the below guide to install LineageOS 15.1 on OnePlus 3 and 3T.

The Android 8.1 Oreo is the latest version of the Google labs. With the release of new Android 8.1 Oreo, the parallel thing that happens is the development of the Custom ROM which essentially acts as a wrapper to the underlying Android version. The LineageOS 15.1 on OnePlus 3 and 3T based on Android 8.1 Oreo is packed with new Wallpaper Themes, AutoFill, Redesigned Power Menu, Adaptive Icons, Picture -In- Picture Mode, Google Play Protect and 2X Boot Time, new Shutdown and boot Animation, Pixel 2 Launcher, Round Statusbar Icons, and Settings. Follow the below step by step guide to install LineageOS 15.1 on OnePlus 3 and 3T (Android 8.1 Oreo).

As LineageOS 15.1 is based On Android 8.1 Oreo’s Source code, it has all the latest Android Oreo features and in addition to that Lineage OS also has some extra customization features.

Above are some of the main features Android 8.1 Oreo (LineageOS 15.1.0) comes with. But there are much more. Overall Lineage OS is the best Custom ROM available for Android. 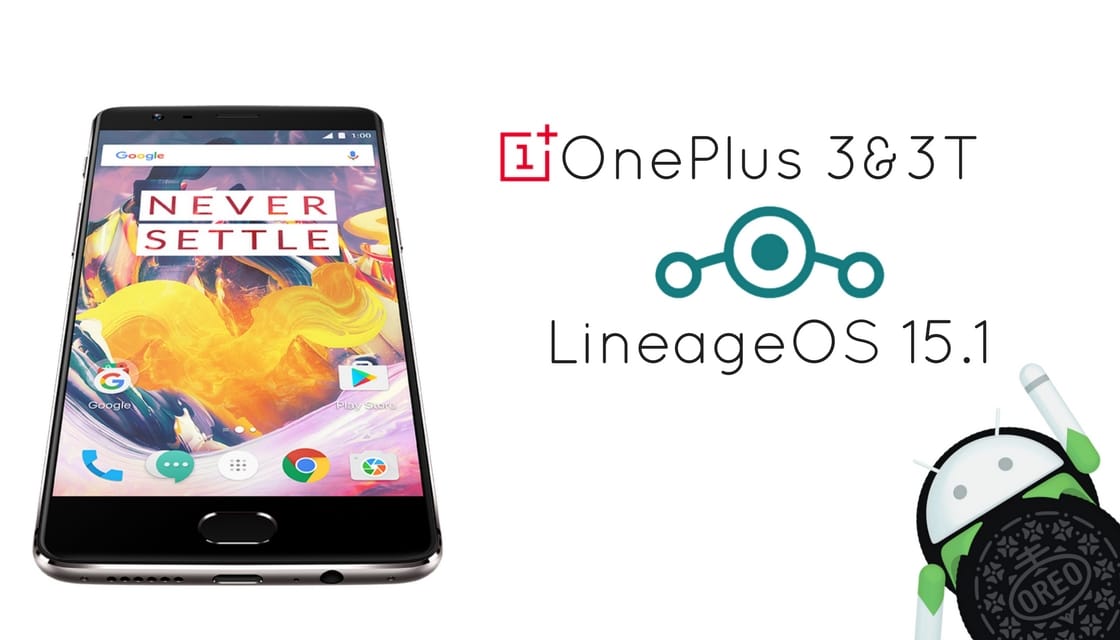