If your Nexus 9 is not rooted or its bootloader is locked then you can get the update notification.To update Via OTA, Go To Settings–>>About Phone–>>System Update.If there is no update, wait for few more days as the OTA will be coming soon to your region.If your HTC Nexus 9 hasn’t received the Android Nougat 7.1.1 update, yet, then follow this guide to Manually Update Google Nexus 9 to NMF26F (Android 7.1.1).

rootmygalaxy.net will not be held responsible for any kind of damage occurred to your Nexus 9 while following this tutorial.Do it at your own risk. 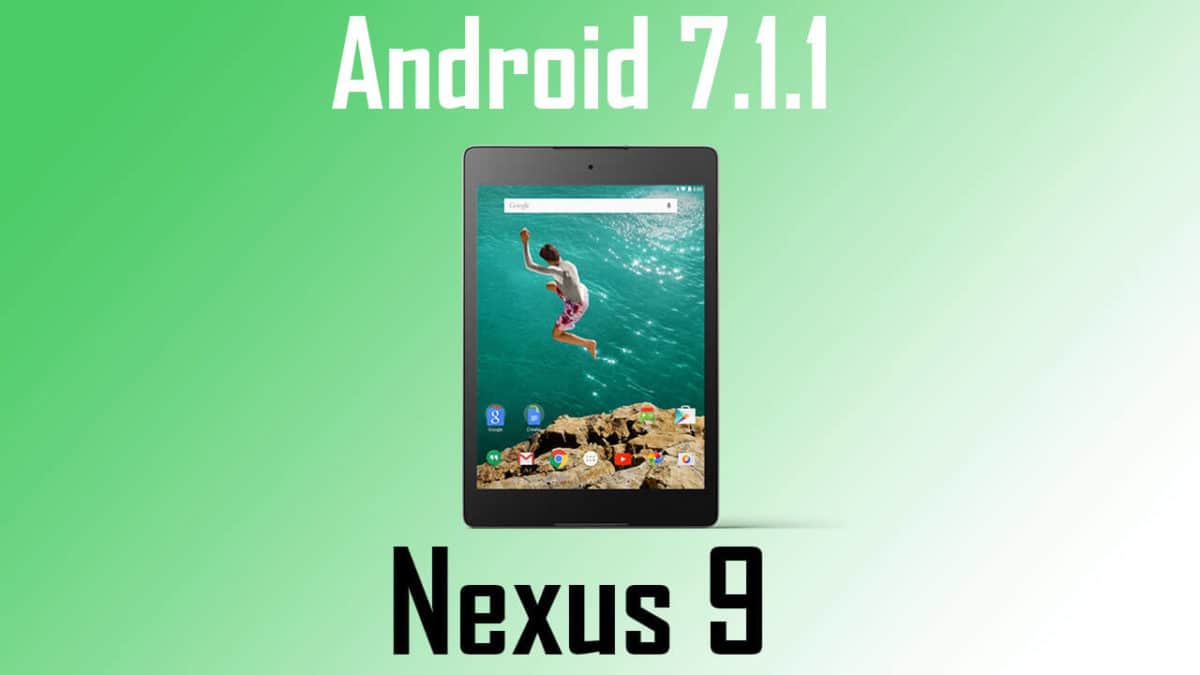 Step 1. Download Android 7.1.1 Factory Image on the desktop of your PC for Nexus 9 from the above link

Step 2. Unlock bootloader of your Nexus device, if you haven’t done this already. Help is here

Step 3 Connect your Nexus with PC using its USB  cable.

DONE!!!. Once all files installed, your Nexus 9 will have the NMF26F build running.