May 2018 Security Update 41.3.A.2.128 For Xperia XZ, XZs and X Performance: Sony has been great when it comes to providing regular updates to its devices. Now Sony has released the latest May 2018 security patch update to its flagships. This is really an awesome news as Google released this patch update yesterday to its Pixel phones.

Other than this, it should be noted that the latest update comes with the May 1st,  2018 security patch which is the latest security patch released by Google. Note that if you haven’t received the update, you will get the May 2018 Security Update 41.3.A.2.128 OTA update on your Xperia devices in the coming days. 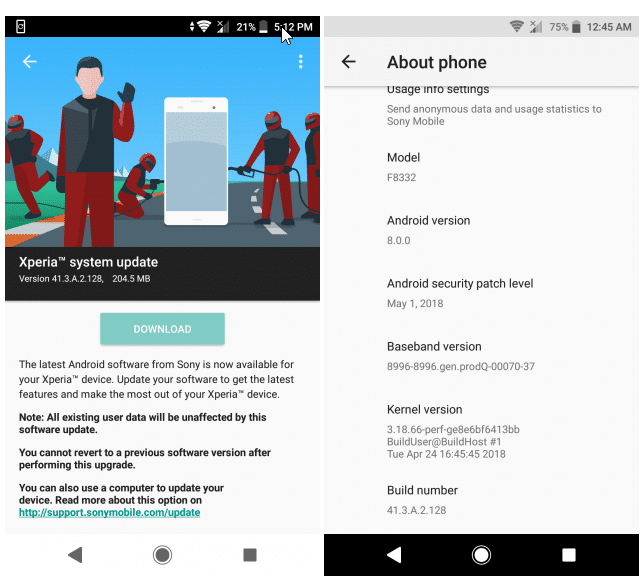 The update brings some bug fixes which were present in the previous build. Along with the minor fixes, It also brings stability and performance improvements. Thus, you should download and install the update to your Xperia XZ/ XZs/X Performance.