The upcoming Meizu 17 has been in the news for a quite some time now. The company has started sharing some key specs information on the device. As per reports, it’s going to be a flagship smartphone from the company.

Meizu has teased on the device’s display. The company shared an official poster of the front panel of Meizu 17 on Weibo which confirmed that the Meizu 17 display refresh rate is 90Hz. Most of the new high-end devices are now having 90 or 120 Hz displays. 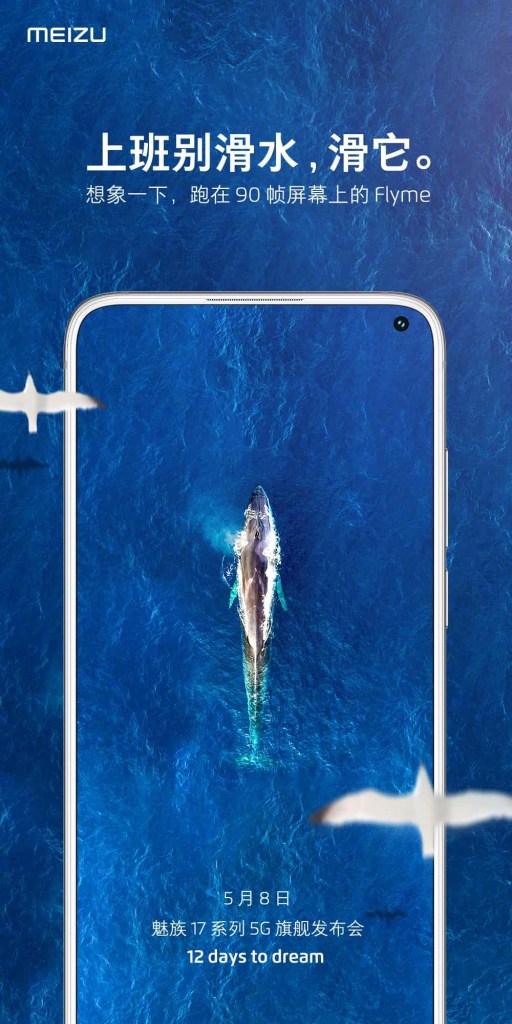 Previously the company has confirmed that Meizu 17 is going to be powered by Qualcomm’s latest Snapdragon 865 +, UFS 3.1 storage solution and 4500mAh battery. It has also been confirmed that it will support 30W Super mCharge solution, Wi-Fi 6 technology and 5G technology.

FYI, The Meizu 17 series 5G flagship mobile phone is also to be released online on May 8. The device will be available in the Chinese market first and later it may make its way to some other Asian markets.