Lenovo to launch a cheaper alternative to Moto E called the Moto C: Few years back, it looked like Motorola was dead and had no future in the smartphone market, but its revival and the way it has revolutionised the budget smartphone scene with the Moto E and G series will surely be inspiring and convenient for its users. If latest rumours are to be believed, then Moto E4 is set to be launched in the coming weeks. According to the latest leaks, a new smartphone dubbed as Moto C is said to be released soon which many believe to be Moto E4. Interestingly, this new device Moto C will be the cheapest Moto smartphone till date.

Today, several images of models of Moto C is different colours were leaked. From these images, it became clear that its design will be similar to the design of Moto G5. It could also be noticed that it had a camera bump similar to the G5 Plus and also comes with rear facing speakers. The leaked images showed that this device will be available in three colours; Black, Gold and Red.

Moto C will also feature a hardware navigation key which is a rare feature in Moto phones. Since this device will be the cheapest device till date so we should be expecting it to be made of plastic. 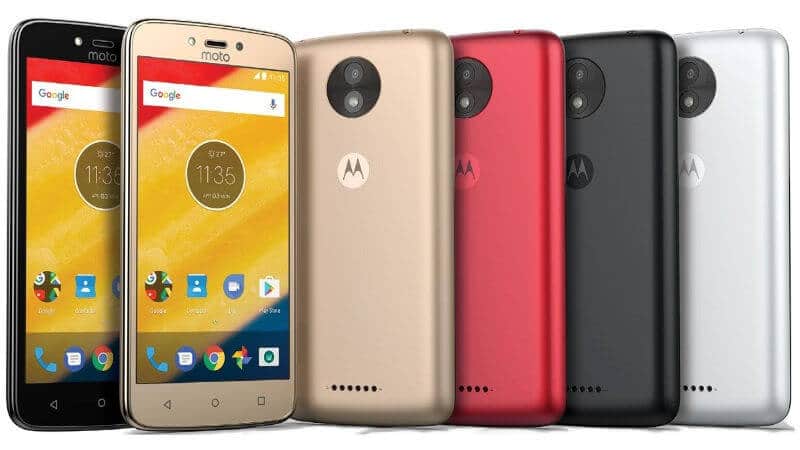 The device is expected to be equipped with MediaTek MT6737M chipset which will be coupled with 1 GB RAM and 16 GB storage capacity. It will also come with a 5.0-inch FWVGA display screen with a resolution of 480 x 854 pixels. It will also be packed with a 5.0 MP rear camera with LED-Flash and a 2.0 MP front camera. The device will come with a 2300mAh removable battery while it will come with the latest Android 7.0 Nougat OS out-of-the-box.