As per some reports, Motorola Edge Lite is currently in making and we have already started getting leaks and other rumours about the device. According to some sources, this device could be a higher-mid-range device. 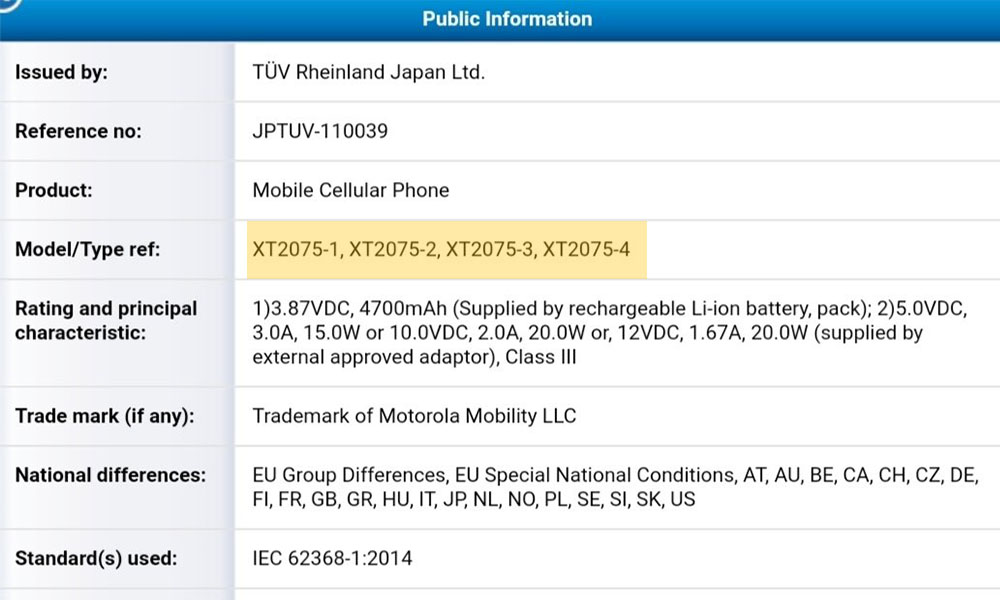 The listing confirms that the device is being driven a 4700mAh battery which supports up to 20W fast charging. sadly no other information regarding the specs of the device has been revealed by the certification.

Some previous leaks have claimed that Motorola Edge Lite will come with a 6.7-inch display with 90Hz refresh rate and powered by Qualcomm’s Snapdragon 765 SoC coupled with 4GB/6GB RAM options. As per the rumours, there will be two storage variants 64GB and 128GB.

Now coming to the optics, the device is rumoured to have a  Quad camera setup on the rear side a( 48MP + 16MP + 8MP + 5MP) and a dual (8MP + 2MP) camera setup at the front. Like all the latest releases, the device will be running Android 10 out of the box.