Motorola has never been known for releasing fast updates, and the time taken to push out Android 11 updates when devices have already started receiving Android 12 updates is a prime example of that. Android 12 is the newest version of Android firmware that has been available to the public for some time. However, there are still many Motorola devices that are yet to receive the Android 11 update. Motorola Moto One Fusion+ was one of them until recently as this handset has finally started receiving the stable Android 11 Update.

While there are many Motorola devices that are way too late to be bumped up to Android 11, a new Android 11 update is better late than never. The new update for Moto One Fusion+ will come with the new January 2022 Security Patch and feature several exciting features like a new privacy dashboard, chat bubbles, and more.

Changelog for the Android 11 Update for Moto One Fusion+

The new Android 11 Update for Moto One Fusion+ will come with the firmware number RPI31.Q2-42-21 and will weigh around 1311 MB in size. It would be a smart option to connect your device to a high-speed Wi-Fi connection and have enough battery backup so that you don’t have any issues during downloading and installing the new update.

As this is a major update, it will bring many new and exciting features like chat bubbles, one-time permissions, a new privacy dashboard, and more. Further, the update will also upgrade the device’s security standards to the January 2022 Security Patch. 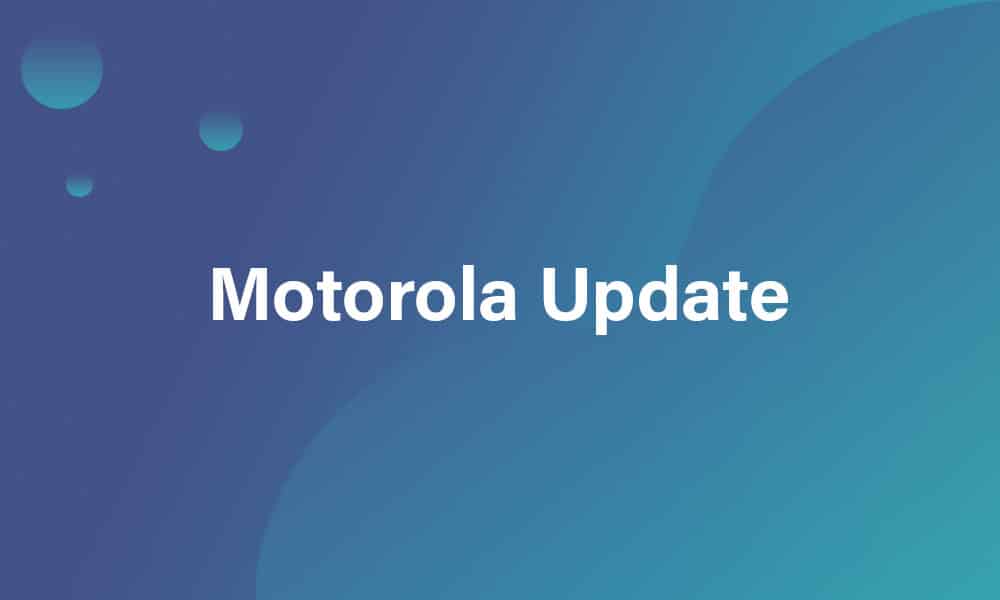 Download and install the Android 11 update for Moto One Fusion+

If you are a Moto One Fusion+, you should be on the lookout for a new OTA update in the coming days, if you haven’t received one already. You will receive a notification of the update once it becomes available for your handset. You can simply tap “Yes, I’m in” to start downloading the software update package.

In case you haven’t received the notification, you can manually check for the update from the Settings app on your device. Navigate to About Phone -> System Updates -> Tap “Yes, I’m in”. Wait until the download is completed and then tap “Install”. Your Moto One Fusion+ will automatically restart once the installation is complete.