A new Motorola device bearing model number XT2091 has been spotted on multiple certifications which includes FCC, EEC, and TUV Rheinland. The certifications reveal some key details of the phone such as battery capacity, charging speed, and rear design.

Starting with the FCC listing, it shows two variants of the Motorola XT2091 and these are: XT2091-3 and XT2091-8. The first one will be a Motorola branded phone while the XT2091-8 will debut as a Lenovo branded phone. This is not a new thing, as the company did the same with Motorola Moto G9 which later launched as Lenovo K12. 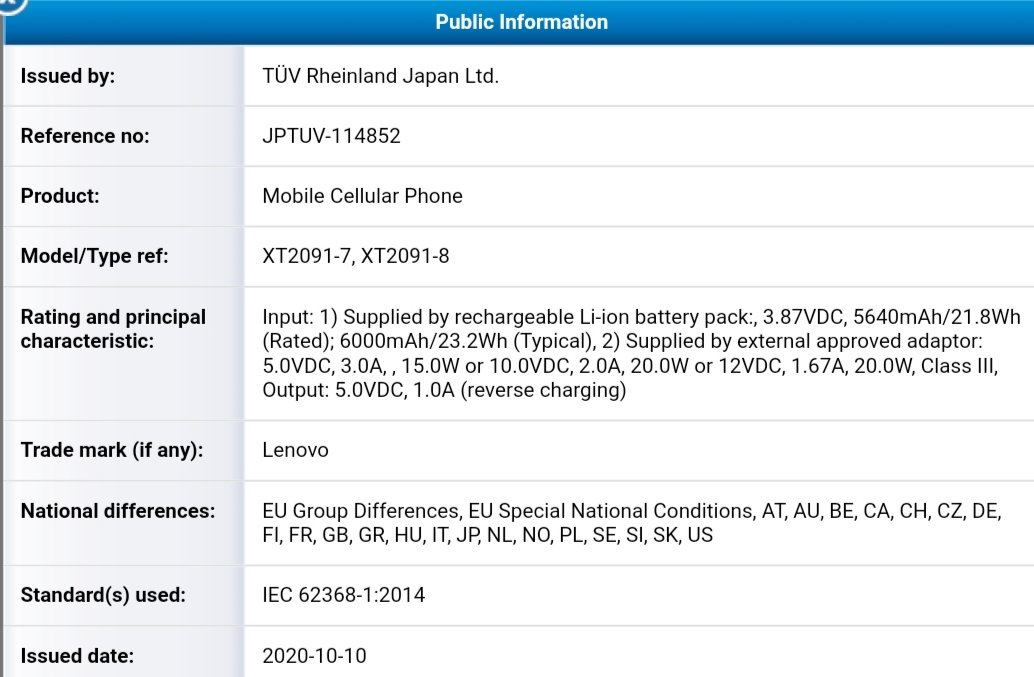 The TUV Rheinland certification confirms that the Motorola XT2091 has a 6,000mAh typical capacity and 20W fast charging. Rumors surrounding the device suggests that it could be debuted as Moto G9 Power.