This update will reach you region wise, in case you have rooted Nexus 6P or you have unlocked the bootloader, then you may not receive the update. So either you can unroot your and lock your bootloader to get the update or you can manually download and install the update on your Nexus 6P. 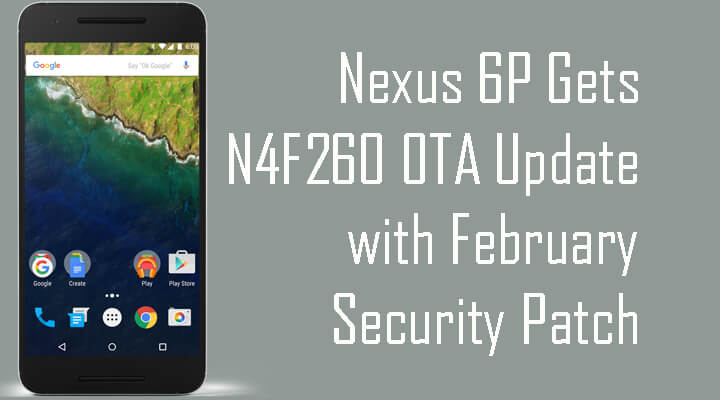 This update not only comes with Latest February Security Patch but also with some minor bugs fix and system improvement. The size of this update is very small, only 39MB. Before updating to the update make sure to charge your mobile up to 80% and also connect with Wi-Fi during updating to be in safe side.

You may also like → Nexus 5x gets Fingerprint Swipe gesture with Android 7.1.2 Nougat Beta

How To Install Pixel Experience Android 10 On Nexus 6P