Nokia which is a brand owned by HMD Global had been the single most popular brand before the smartphone era. For a comparison to the current era, Nokia was as big as Apple in the past but since then, times have changed and Nokia couldn’t cope up with the current trends in the smartphone industry. Nokia had to cut down their production due to declining sales and eventually were forced to pull out of the smartphone industry. But, the times have changed once again for Nokia. Nokia made a comeback in 2017 at the MWC and launched the Nokia 3,5 and 6 smartphones at the event. Nokia has already launched the smartphones in China region and has promised to launch this phones in other parts including India in Q2, 2017. 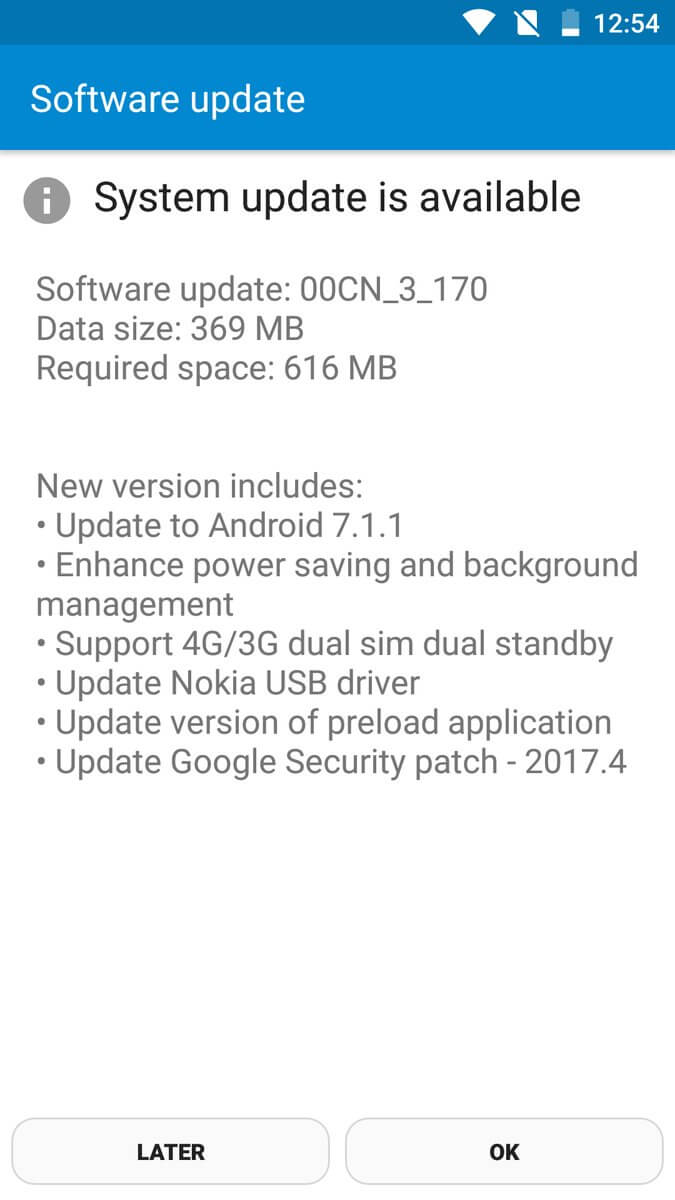 Now, we have been hearing reports from the users of Nokia 6 in China that they are receiving Android Nougat 7.1.1 update to their Nokia 6 units. This update is arriving with the build 00CN_3_170, the update is 369MB in size and brings along a bunch of new features to the smartphone.

Android 7.1.1 on Nokia 6 brings to you ability to utilize launch actions on apps that support shortcuts right from the home screen, express yourself better with the new set of emojis, and more. One more thing that the update description says is that Nokia USB driver and preload(ed) apps have also been updated. This update is a great boost for the Nokia 6 which was already running great and the smartphone has already recorded tremendous sales in China region. We don’t currently have any details about the Nokia 6 pricing and availability in the other regions in Asia like India but the fans in the region are waiting for the smartphone to launch and Nokia has been knowing about this so we can see the smartphone launching in India very soon.