After creating a lot of hype, Nothing recently announced its first smartphone – Nothing Phone (1). The phone has a unique rear camera design, something no other smartphone company has ever implemented. Not just the design, Nothing has added lots of LED flashes in a way that they glow in a different fashion on different occasions. Nothing Phone (1) is now receiving its first software update that brings new features and a couple of serious optimizations.

According to the changelog shared by RMUpdate, the first software update for the Nothing Phone (1) adds the NFT widget and HDR10+ support. The device is also getting a Connect to Tesla feature to pair it easily with any Tesla car. Moreover, the update revamps the Nothing OS system sounds, Glyph interface settings UI, and improves the Glyph interface effects for system feedback.

With the new update, Nothing Phone (1) is getting optimizations for battery life and various camera effects such as HDR, portrait, night scene, and more. The fingerprint recording and fingerprint unlocking experience have been improved and the Camera app UI is also getting some improvements. The update fixes some known bugs too. 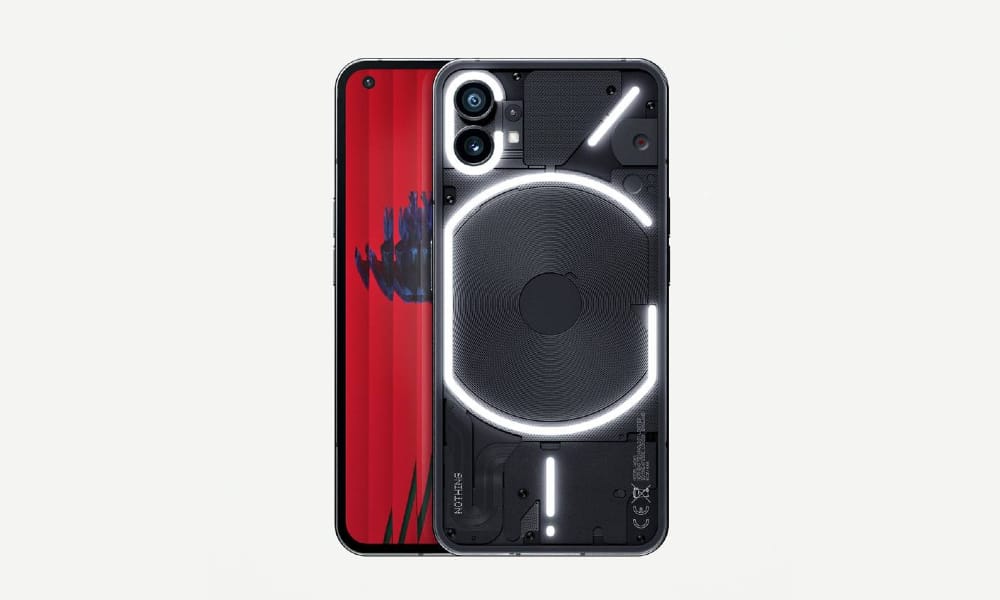 The firmware update has a download size of 148MB. The update has just started rolling out. Hence, it may take a couple of days to reach all the users. In case you haven’t received the update yet, open the Settings app, go to the Software Update section and check for new updates.

Nothing Phone (1) has been officially confirmed to receive 3 years of Android OS updates and 4 years of security updates. Since the device was launched with Android 12 OS, it will continue to receive OS updates all the way up to Android 15.