A few days ago, Google Pixel 4 was spotted on the Geekbench database with Android R. Now OnePlus 7 have appeared on the site running the upcoming Android R. OnePlus 7 is one of the most popular devices released last year. The device was released in some selected market like India. In some markets only OnePlus 7 pro was released.

The OnePlus 7 came with Android 9.0 Pie out-of-the-box and currently running on the stable Android 10 (Q) version as well. Meanwhile, the OnePlus 7 running Android R appears on Geekbench benchmark testing. This is really surprised us. If this is a real test, then we can expect OnePlus to be among the first manufacturer to release Android 11 or R update to its devices. 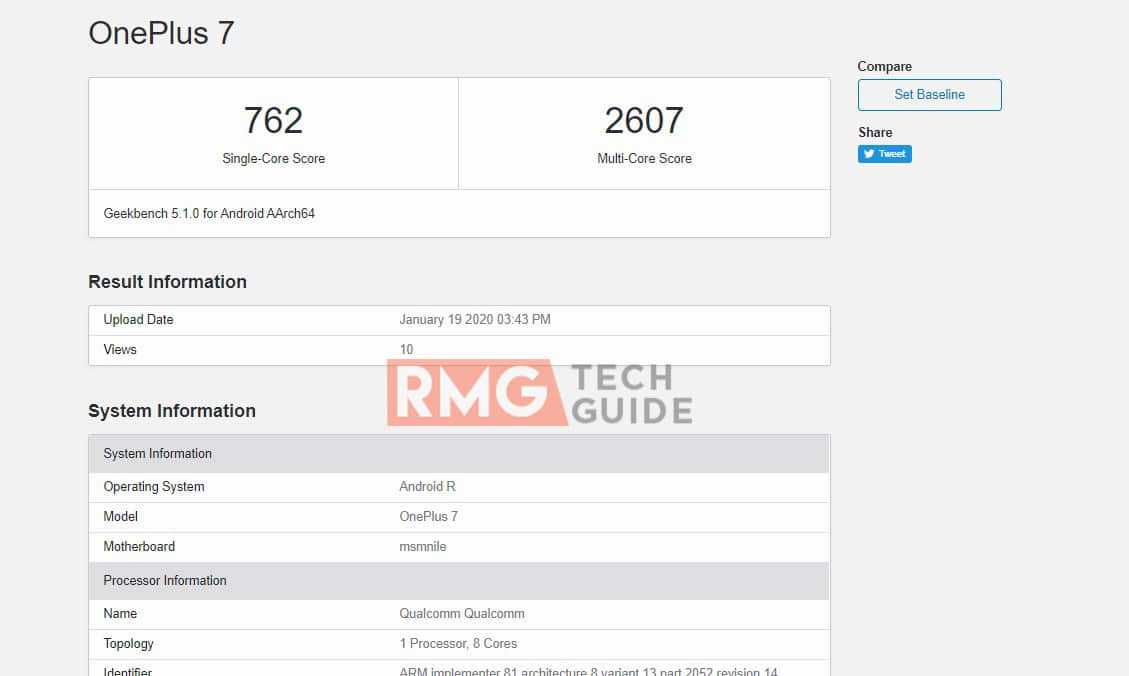 As per the listing, OnePlus 7 has scored 700 in the single-core test and 2572 in the multi-core test. It’s the8 GB variant of the device which has got spotted.