Nexus 5X is a mind range Nexus device and it is first of it’s kind.This year Google released two nexus mobiles one is Google’s Flagship Nexus 6P and 2nd one is Nexus 5X wich has mid range Specs, but it also comes with latest android 6.0 Marshmallow.

This CM13 ROM is an official ROM and developed by Team CM, so it is safe to use.Remember this is a nightly build so you will receive updates every day.

rootmygalaxy.net will not be held responsible for any kind of damage occurred to your Nexus 5X while following this tutorial.Do it at your own risk.

1.Make sure you have an Unlocked bootloader on Your 5x.For Help Follow this Guide–>>Unlock the Bootloader Of Nexus 5X

2.Your device must have custom recovery (TWRP) to install CM13 rom in it.Follow this Guide–>>How to Root Google Nexus 5X & Install TWRP Recovery 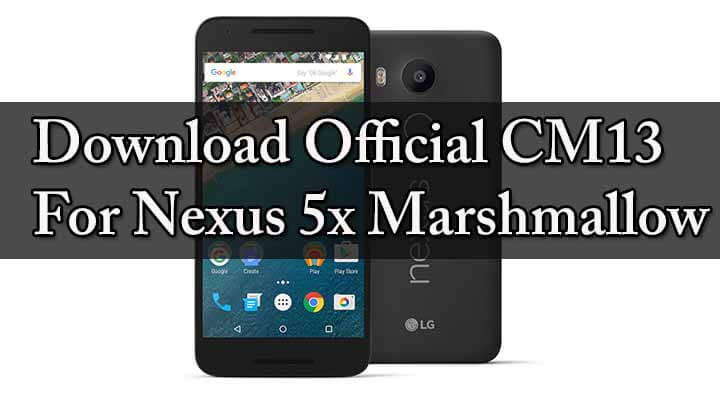