This ROM is nightly that means you will receive update everyday.If you find any bugs then don’t worry because it will be fixed in future updates.And remember this is an official ROM developed by Team CM so it is safe to use.

rootmygalaxy.net will not be held responsible for any kind of damage occurred to your Nexus 7 2013 (LTE & WiFi) while following this tutorial.Do it at your own risk. 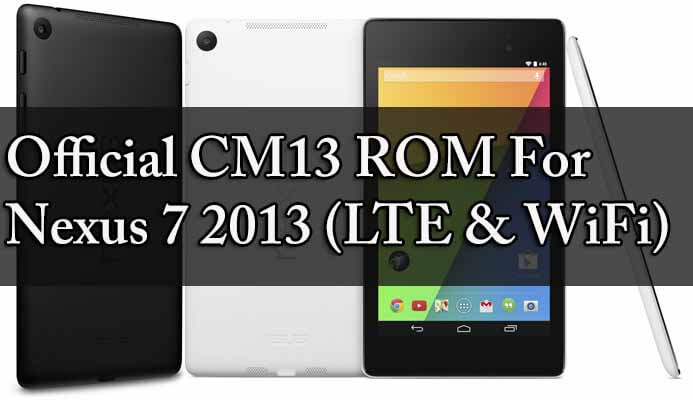