The South-Korean tech giant Samsung has recently released its latest and much-awaited flagship smartphones named Galaxy S20, S20+, and S20 Ultra. All the Galaxy S20 lineup devices do come with flagship hardware specifications along with the cool new design overview. Most importantly, all the Galaxy S20 series models are running on the Android 10 on the top of One UI 2.0 out-of-the-box. It’s needless to say about the user experience and performance of the One UI skin on Samsung devices. Additionally, Galaxy S20 series devices do come with all-new One UI Home Launcher (v11.2.01.10) which is more smoother and stable than before. Now, if you also want to get a taste of One UI 2.1 Launcher on any of your Android devices, then download the APK file below.

As the title mentioned, the new One UI launcher APK has been ported from the Galaxy S20 lineup devices. Meanwhile, the previous generation Galaxy S10 series devices have already started receiving the same update officially. Although you’re running the latest One UI 2.1 stock firmware on your Galaxy devices, it’s highly recommended to install the latest One UI Home APK for stable performance. It brings some of the bug fixes and improvements as below:

1. Fixed an issue where Samsung Daily settings could not be retained
2. Fixed an error that occurred when restoring through Samsung Cloud
3. Apply other auxiliary measures for stability
4. Improved recent tablet application layout 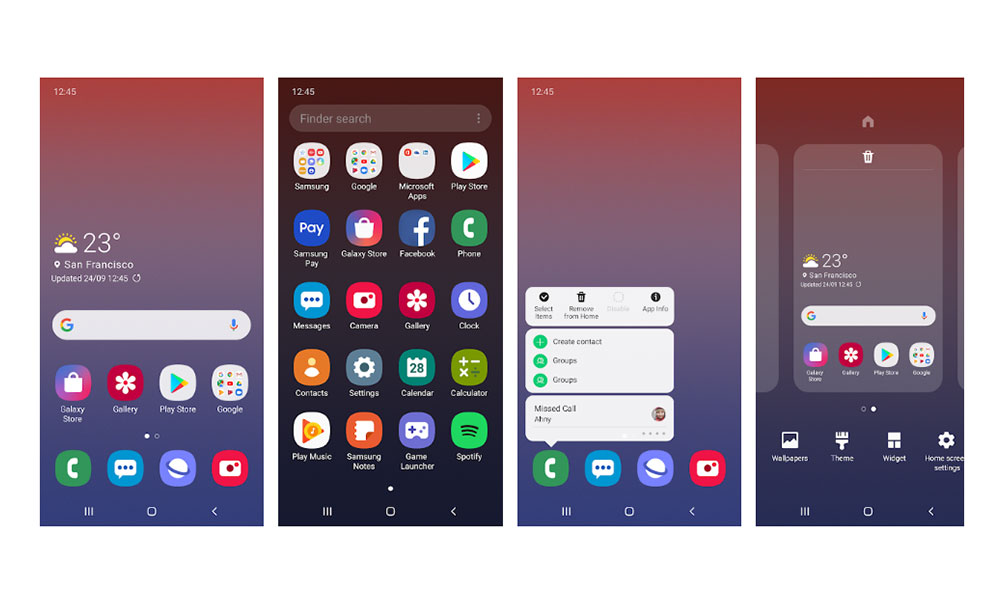