The smartphone was launched by the company in New York yesterday. However, the price of the smartphone has been announced by the company for the Indian markets also. The OnePlus 5 was launched in India for Rs. 32,999 for the 6GB RAM and 64GB internal storage option whereas the 8GB RAM and 128GB internal storage variant cost 37,999. Now, to everyone’s surprise, OnePlus has kept the price of the OnePlus 5T exactly the same in India. The OnePlus 5T will be available for Rs. 32,999 for 6GB/64GB variant and will cost 37,999 for 8GB/128GB variant. 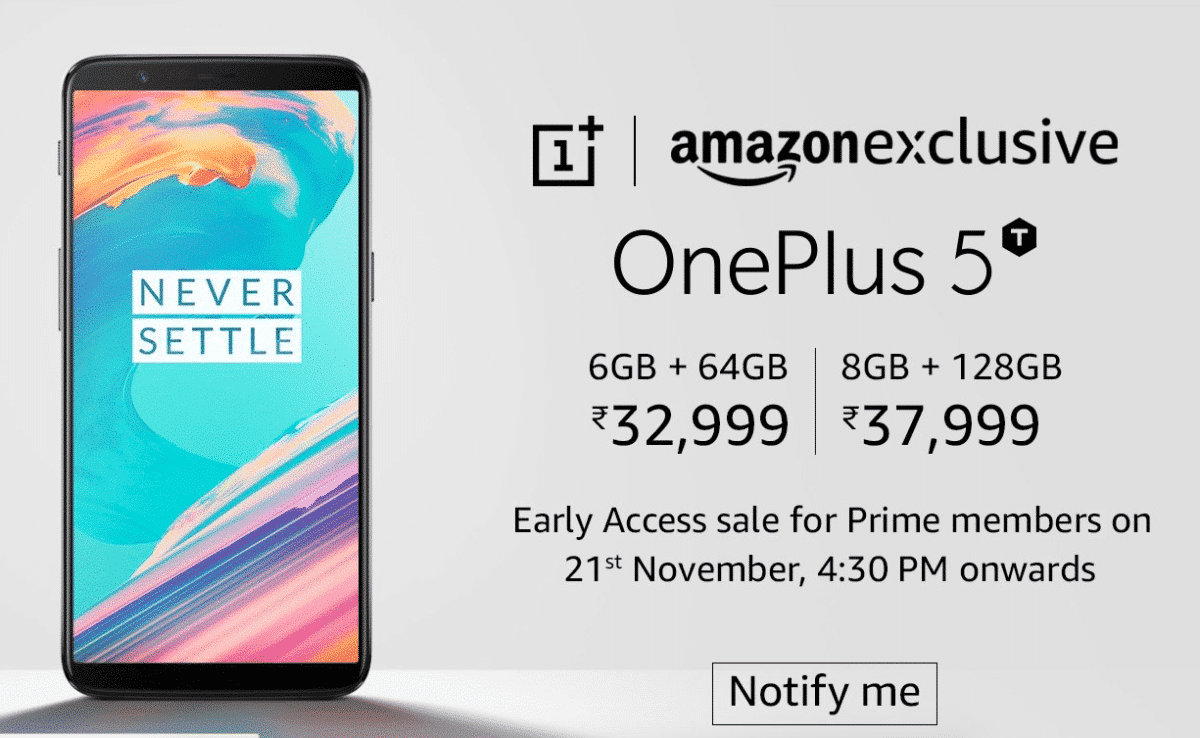