Is OnePlus planning to launch more number of affordable smartphones? We think so because a new OnePlus device with mid-range specifications is spotted in the Geekbench database. The new device is named as OnePlus CLOVER powered by 1.84GHz octa-core Qualcomm Snapdragon 660 chipset.

The listing shows the phone has 4GB of RAM and runs Android 10 out of the box. OnePlus CLOVER has scored 336 points in the single-core test and 1495 points in the multi-core test of Geekbench. 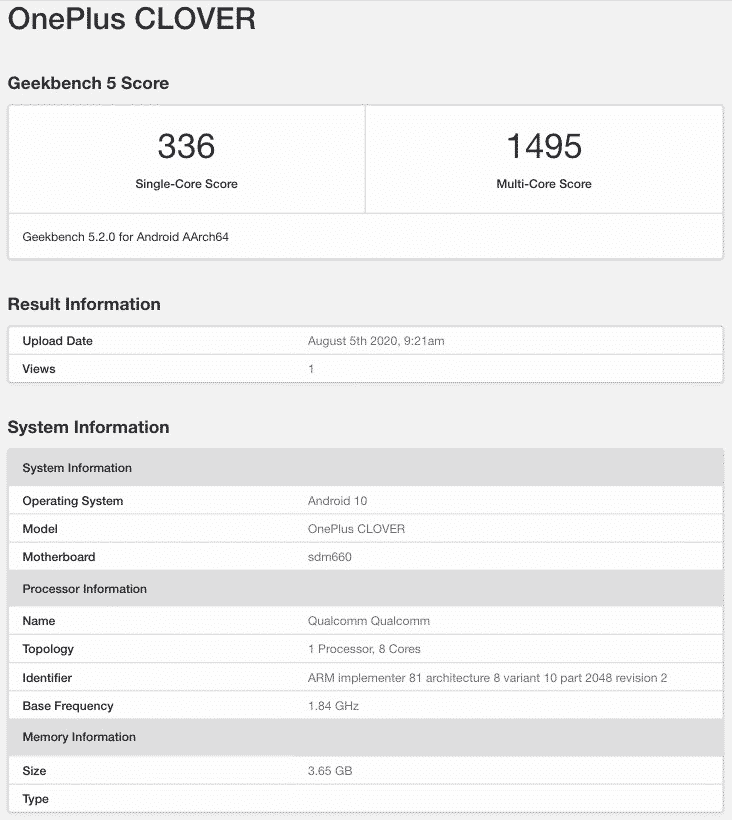 Currently, we do not have much details about the phones as this is just a starting. We should get more details soon in the upcoming weeks.