[su_note note_color=”#c4ffd8″ radius=”2″]Update: Now a OnePlus device with model number AC2001 has been listed on the BIS (Bureau of Indian Standards) certification site. This could be the Indian variant of the upcoming of OnePlus device (Z or Nord) [/su_note] 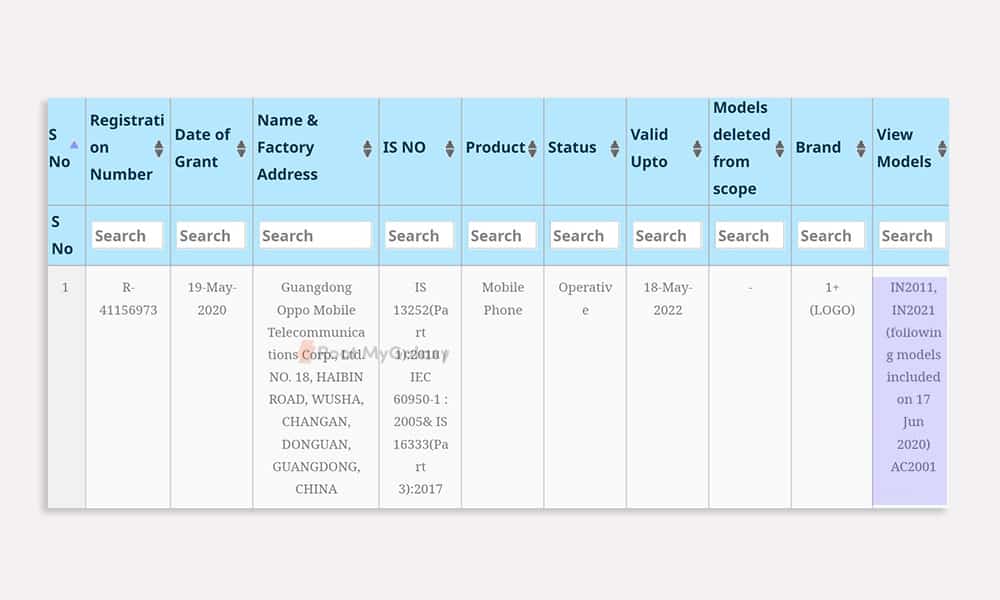 OnePlus is going to launch it’s upcoming OnePlus mid-range device in a few weeks from now. The device’s name has not been confirmed yet. Some recent leaks claimed that the device may be called OnePlus Nord.

Recently an OnePlus smartphone was spotted on the Geekbench with model number AC2003. The same device has now been listed on TÜV Rheinland certification. The listing reveals that the OnePlus AC2003 will support 30W of fast charging. 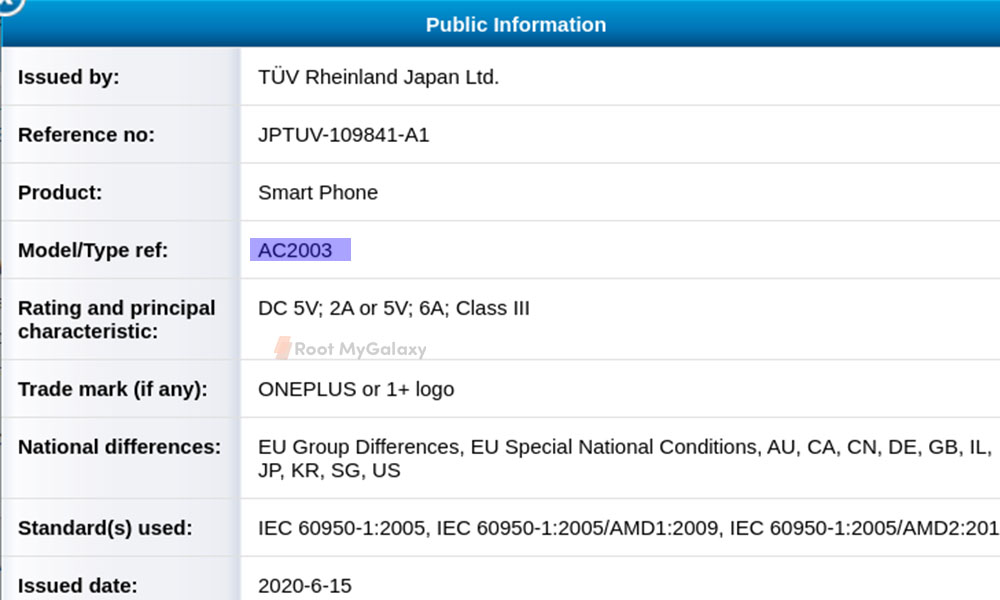 We already knew some specification details from the previous Geekbench listing. The Geekbench test confirms that the alleged OnePlus Nord or OnePlus Z will be powered by an octa-core Qualcomm Snapdragon 765G processor coupled with 12GB of RAM.

The Geekbench listing also revealed the device will be running Android 10 OS out of the box. If some other rumours are to be believed then the OnePlus Z will come with a 6.5-inch AMOLED display with a 90Hz refresh rate. The device will be powered by Snapdragon 765G SoC. The device will be driven by a 4,300mAh battery with 30W Warp Charge.