Oppo PERM00 a.k.a the upcoming Oppo K7x 5G has been spotted on Geekbench. The device was previously seen on the TENAA listing and some other certification sites.

The device has been benchmarked on Geekbench 5 which reveals some of the keys specifications of the device. As per the latest Geekbench listing, the device is driven by a Mediatek Dimensity 720 processor coupled with 8GB of RAM. The base clock speed of the chipset is 2GHz. 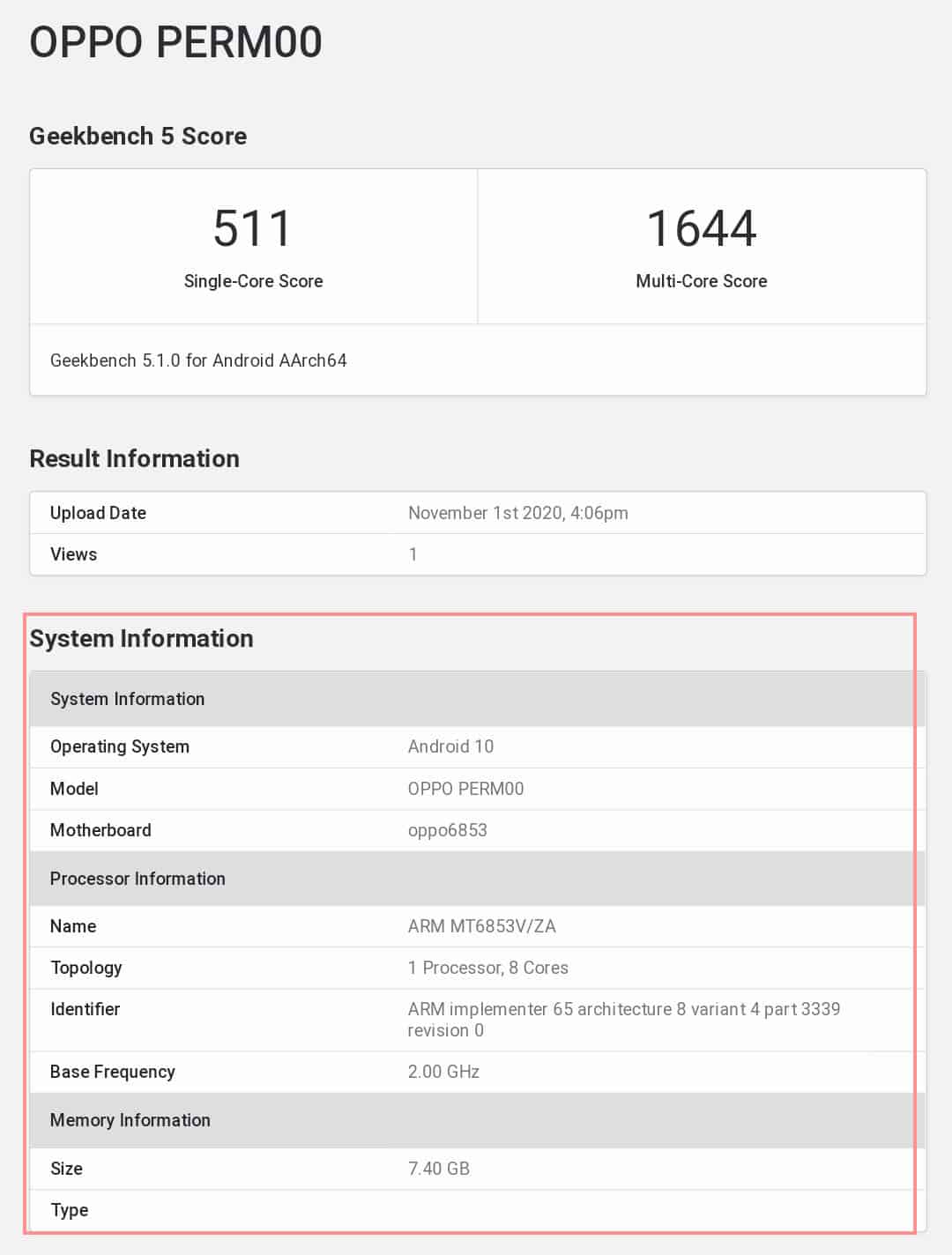 It seems like the device will be running Android 10 out of the box. Now coming to the Geekbench score, the tested variant of the device has scored 511 points in the single-core test and 1644 points in the multicore test.

Now we have to wait for the company to reveal any official information about the device.