Back in June, Oppo unveiled the Reno 4 5G and Reno 4 Pro 5G in China. The global version of Reno 4 and Reno 4 Pro comes with a 4G connectivity. Now, it looks like the company is gearing up to launch 5G variant outside China.

Today, an Oppo device with model number OPPO CPH2091 appeared in Geekbench database with some key specifications. The phone is speculated to be the global version of Reno 4 5G.

According to the listing, the Oppo Reno 4 5G features a 1.8GHz Octa-core Qualcomm processor and the motherboard name is “lito” which hints for Snapdragon 765G SoC. Further, the listing reveals Android 10 OS out of the box and 8GB RAM. In the Geekbench tests, the OPPO CPH2091 has scored 612 points in the single-core test and 1789 points in the multi-core test. 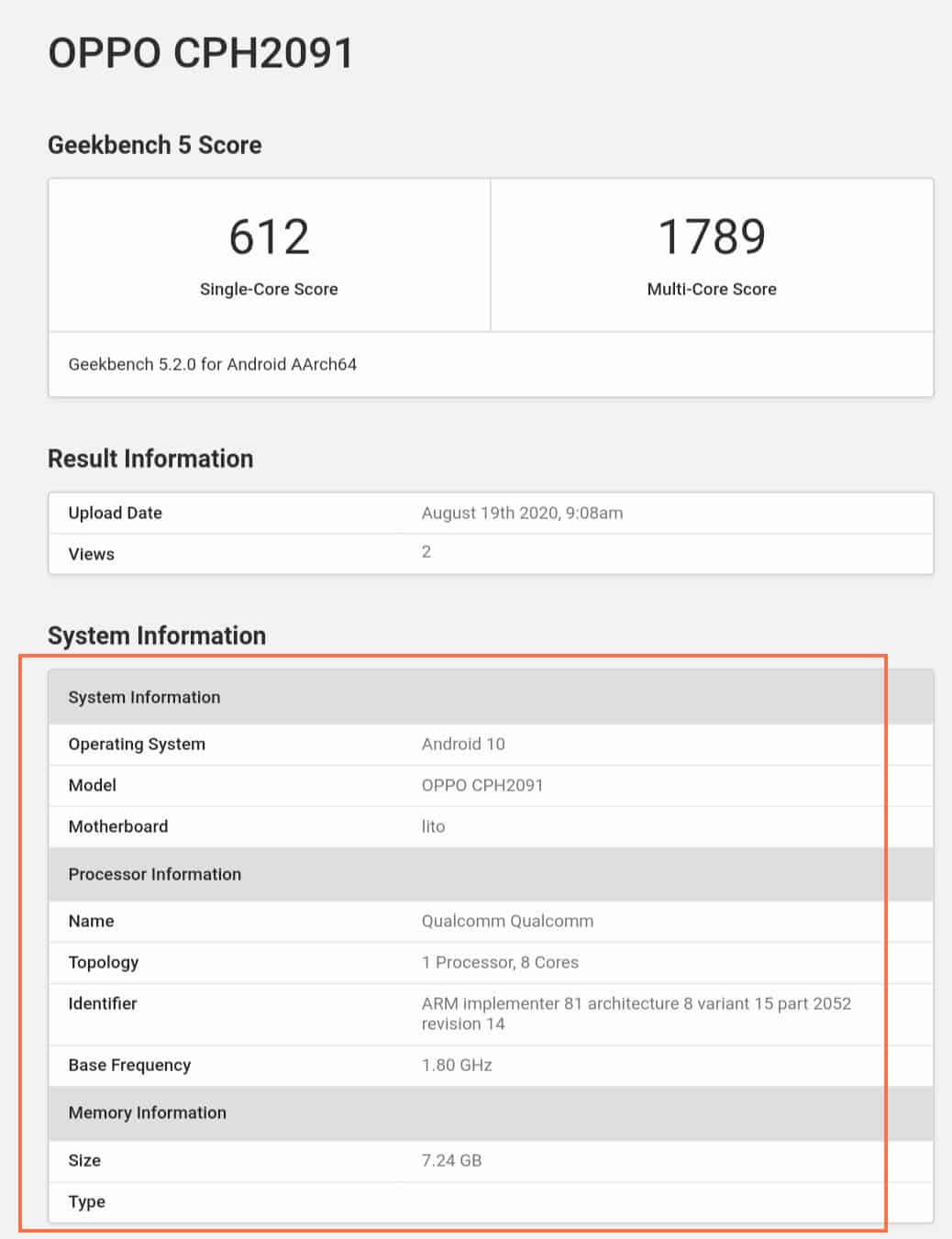 Most of the specifications are unclear yet but some rumours suggest a triple camera on the back with a 48-megapixel primary camera. The phone is rumored to pack 4,000mAh battery and 65W fast charging support.