[Current Status] OUKITEL K6 Official Android Oreo 8.0/8.1 Update: Oukitel K6 comes with a large 6.0″ display with an 18:9 screen resolution of 1080 x 2160 pixels.It runs Android 7.1Nougat out of the box. The device is powered by Octa core, 2 GHz, Cortex A53 processor coupled with 6 GB of RAM.It houses a 6300 mAh battery which can give you up to 2 days of battery life with moderate use

The device has dual front and rear camera.On the rear side it has 21MP + 2MP primary cameras and on the 13MP + 2MP cameras for selfies.The device has Mali-G71 MP2 GPU.It comes with 64 GB with the option to expand the memory Up to 128 GB.

OUKITEL has been doing a great job in manufacturing some of the great budget Android smartphones. It has repeatedly released some mind-blowing devices with some of the best features that are available for mid-range devices. One of the biggest reasons for the huge success of OUKITEL is that it understands the requirements of the users and makes sure that they are fulfilled in their devices. Today, in this post, we will read about OUKITEL K6 and the current status on the official Android Oreo 8.0/8.1 update. 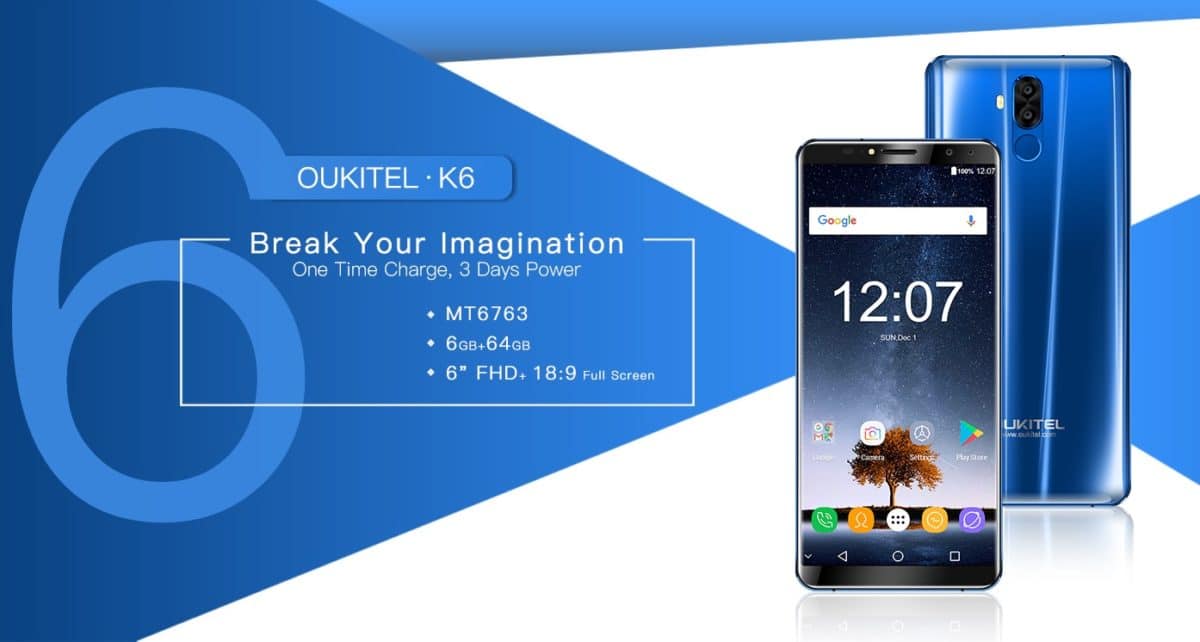 Q) Will OUKITEL K6 get the official Oreo update?

Answer: As we mentioned earlier, OUKITEL K6 will get the official update but as of now there is no Oreo update available for the device. When the update will release, it will be available via OTA (Over-the-air).