What is Pixel 2 XL ‘screen burn-in’ Problem, Is there Any fix?, Google’s main bet on the mobile market for the remainder of the year and the next is called Pixel 2. In fact, it is called with two names because the giant Mountain View chose, as in last year, two models with different sizes and identical power. A bit more than interesting, with good reviews, but who starts to suffer headaches because of his screen.

Google bet on this occasion by a screen POLED, or a plastic OLED, designed and built by LG, a panel that appears on both phones despite one is built by Samsung and the other by HTC. This panel, which has also been mounted on the LG V30, does not stop giving problems from launch to the point that Google has had to officially pronounce. But what problems are you giving exactly? We are talking about calibration and “burns”.

Page Contents show
1. Poor calibration of the Pixel 2 OLED screen
2. The “OLED burns”
3. Why do OLED panels burn?
3.1. What is Pixel 2 XL ‘screen burn-in’ Problem, Is there Any fix?

One of the first complaints that arose around the screens of the Pixel 2 was its little uniformity in the representation of colors. Screens with pink tones and screens with blue tones coexisted naturally with perfectly neutral displays, at least in the first units that were sent to perform the various analyzes by the technological means that had access to the phone in the first place.

The first defect with the P-OLED screen of Pixel 2 was its calibration: pink, blue and neutral screens, all in the same production.

No response from Google at the outset, it has been rumoured that there will soon be a patch of software to correct what is apparently an error in the manufacturing phase. The screens should have been calibrated one by one during their assembly, something that apparently would not have happened. Hence the software may be a solution but would not mask a defect in shape during construction. Something that, for example, at Samsung have learned from years of experience. Recall that LG has been literally months in the mobile OLED market.

Be that as it may, it seems that the bug is a bug that can be patched by software, and surely both LG and Google have taken note for future productions. And perhaps for future manufacturers of the current models, because this is a process that can be corrected for phones that are yet to be assembled in the production chains of both Samsung and HTC, depending on whether we talk about Pixel 2 or Pixel XL 2.

That's some pretty wild OLED burn-in on the Pixel 2 XL after maybe 7 days of full-time use pic.twitter.com/EPJTs6D0Kg

As we said, Google opted for a P-OLED screen manufactured by LG for its two models of Pixel 2. Despite the name, we are referring to the same technology that Samsung uses in their devices but with slight variations. Nothing of pentile and with a plastic substrate in place of glass, hence it results in more flexible screens but of equal quality.

Despite the plastic substrate instead of the glass, Pixel 2’s screen is still OLED and, as such, tends to suffer from the same as all OLED

The problem is that we are talking about an OLED panel and Pixel 2 is already beginning to suffer from the already famous “burns” in the panel, a classic defect that causes certain images to be printed on the screen. Sometimes for some time, sometimes until we decide to get rid of the panel. An effect similar to that suffered by plasma TVs and this time has caused a response by the Google itself.

The Pixel 2 XL screen has been designed with advanced POLED technology, including QHD + resolution, wide color spectrum and high contrast ratio to reproduce natural colors. Our products pass thorough quality control prior to launch and during the manufacture of each unit. We are actively investigating this problem.

This explanation from Google indicates that they are already actively working on analyzing a problem that, unfortunately, has a little solution beyond the replacement of the panel. But it does not mask the fundamental error, the fact that although almost all OLED panels suffer in the same way, they should not do it so soon. The burns are intrinsic to the OLED technology and for now has not managed to be eradicated, although it is delayed. Given the average life of a smartphone, allowing a display to stand for at least a couple of years seems reasonable. But let’s get to the root of the problem.

Why do OLED panels burn? 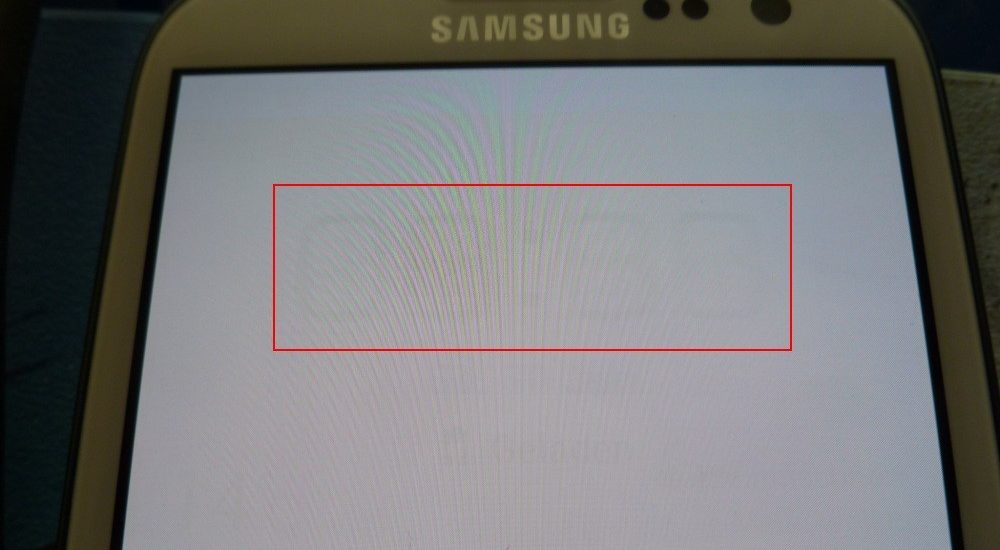 The effect of “burning” on OLED screens is commonly referred to as “burn-in” or “image retention”. Basically, it consists in that the same image projected on the screen for a long time comes to provoke a memory effect. Like the logo of a television channel that is marked when we change channels, and either it takes to disappear or directly stays there forever. A problem in phones since there are certain fixed elements, such as those in the notification bar, very susceptible to “burn”.

In the case of OLED, in which the panel is composed of independent diodes that can be turned off and on without the need for backlighting, the problem of “burning” comes from the diodes themselves. When they age due to overuse they take longer to recover their previous state and tend to project marks of the previous image, as well as they, are losing brightness, which accelerates further deterioration.

Burns and OLED panels are old-fashioned, but they do not always occur or it is not usual for them to appear as soon as possible.

In the case of the P-OLED screens mounted on Google devices is not so much the fact that they appear burned but the one that they show with so much speed. It could be the case that these sample units of the Pixel 2 were defective, nor has the defect appeared in all, a theory reinforced by the presence in the market of the LG V30, a device with the same technology and manufacturer of that up now there have been no complaints.

Be that as it may, Google has a problem with a reputation as we talk about phones that, in the case of XL, exceed the 1,000 euros selling price. No one will want to buy a phone for that price that can show problems of “burned”, although they may be random. We will see if it does not take long to solve, and if everything is a replacement of the device by another without problems, or if it is finally a massive failure of production of these screens. Something with a more complex solution, especially in terms of image.

What is Pixel 2 XL ‘screen burn-in’ Problem, Is there Any fix?

A very popular big youtuber “MKBHD” has uploaded Pixel 2 / XL review where he discussed these issues.We recommend you to watch the video linked below

How To Root Nokia 8 Without PC/Computer/Mac or Laptop