First of all, we will start this article by mentioning that Poco is now an individual and independent brand. It was a subsidiary brand of Xiaomi earlier but recently, Xiaomi has officially announced the news. Now, the Poco devices, developments, research everything will be under the Poco brand. It will be interesting to see whether the Poco devices will run on the MIUI version or any customized Poco UI version in the coming few months. Recently, the much-awaited Poco F2 has been spotted online running on Android 10 with some CPU details.

The device has appeared on the web with a benchmark testing app opened (Geekbench) that shows some of the device’s specification. We don’t have any way to confirm if it is a real image or not. On the image, It’s clearly visible that the Poco F2 is equipped with an octa-core Qualcomm chipset that has 4-cores @ 1.79GHz, 3-cores @ 2.42GHz, 1-core @ 2.84GHz. We can expect that the device may arrive with Snapdragon 855 SoC which is still the fastest processor available yet. 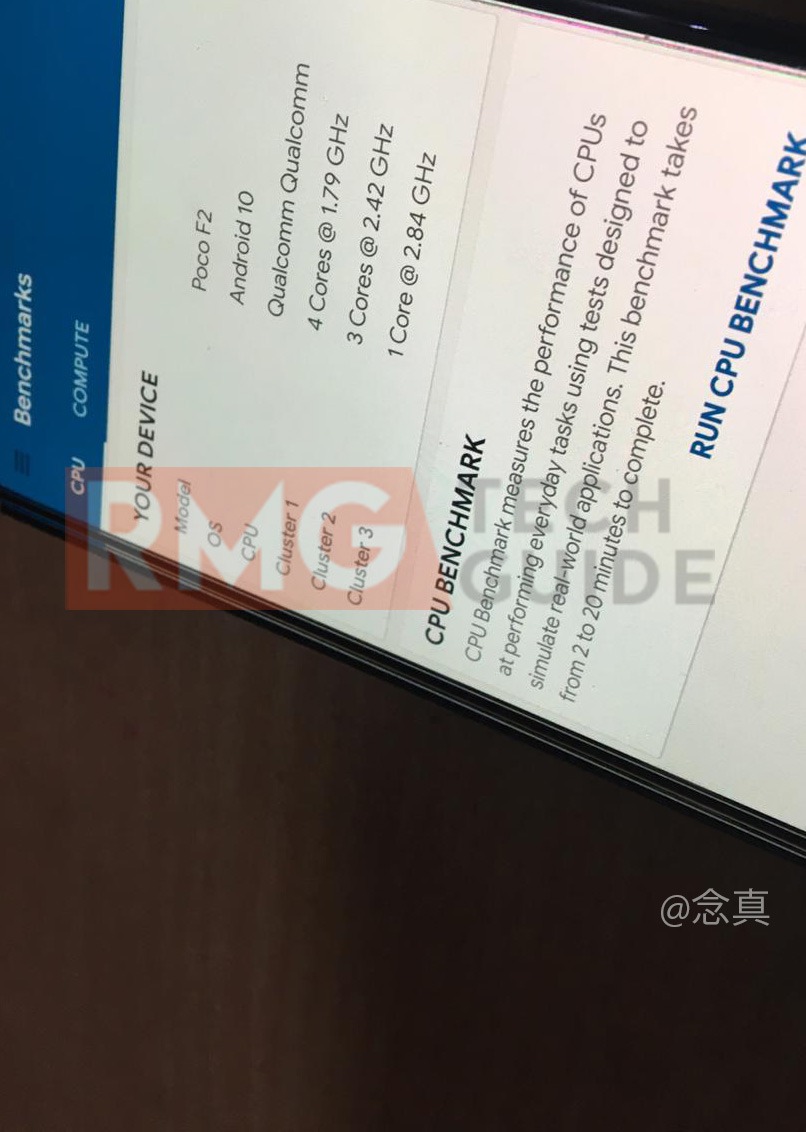 So, if you’re waiting for the 2nd generation of Poco handset that is known for affordable flagship-killer, your wait will worth it. However, there is no other information available yet. Meanwhile, some of the reports and leaks also mentioning that the Poco F2 Lite is also in the development process and we will soon start hearing about the leaks of it.

We are like to thank Rohan Verma for sending out the image to us.