POCO X3 NFC is officially confirmed to launch on September 7 through an online event. It will be the first phone to be powered by a newly launched Qualcomm Snapdragon 732G chipset. A POCO executive already confirmed that the phone will feature a 64MP primary camera. 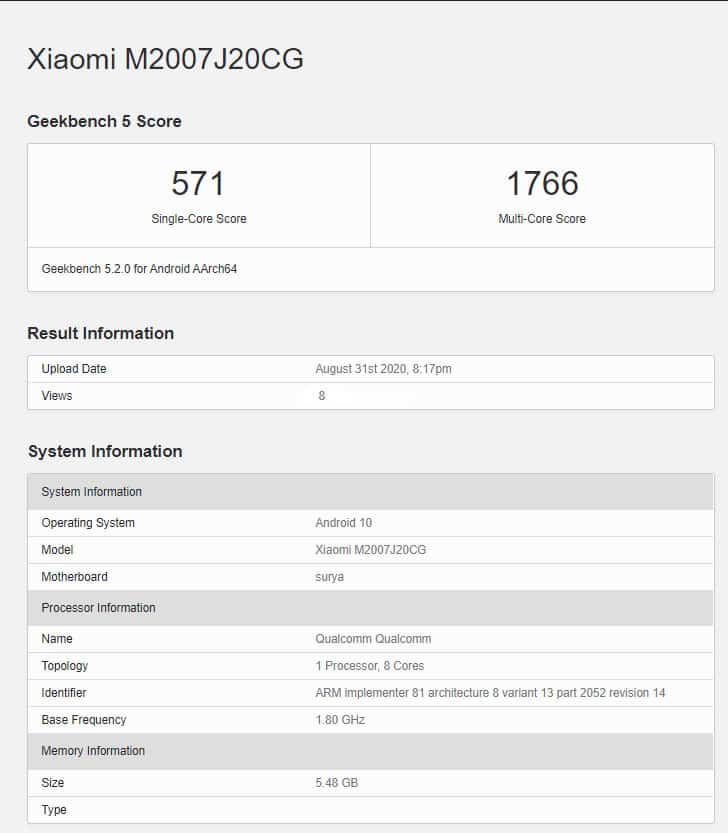 Recently, the POCO X3 NFC appeared in Geekbench listing bearing model number M2007J20CG with 6GB of RAM and Android 10 OS out of the box. The listing shows “Surya” as a codename to the Snapdragon 732G chipset. In the Geekbench tests, the device has scored 571 points in the single-core test and 1766 points in the multi-core test. The POCO X3 NFC also listed on Bluetooth SIG certification and IMDA certification.

The NFC in device name indicates that the company might launch a non-NFC version too. Some rumors suggest that the phone will house a 5,160mAh battery with 33W fast charging support and a 20MP front-facing camera.