Realme 7 and Realme 7 Pro are all set to launch in India on September 3 at 12:30 PM local time. We have already seen a lot of leaks about the Realme 7 but not much about the Pro model. Now, the Realme 7 Pro bearing model number RMX2170 has been spotted in Geekbench listing. 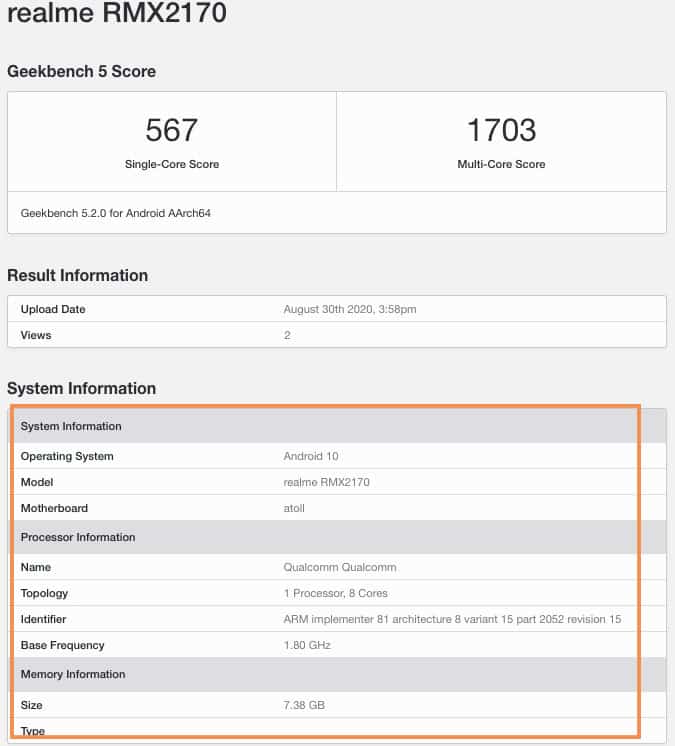 The Geekbench listing confirms that the Realme 7 Pro is powered by Snapdragon 720G chipset paired with 8GB of RAM and runs Android 10 OS. The device has scored 567-points in the single-core test and 1703-points in the multi-core test. 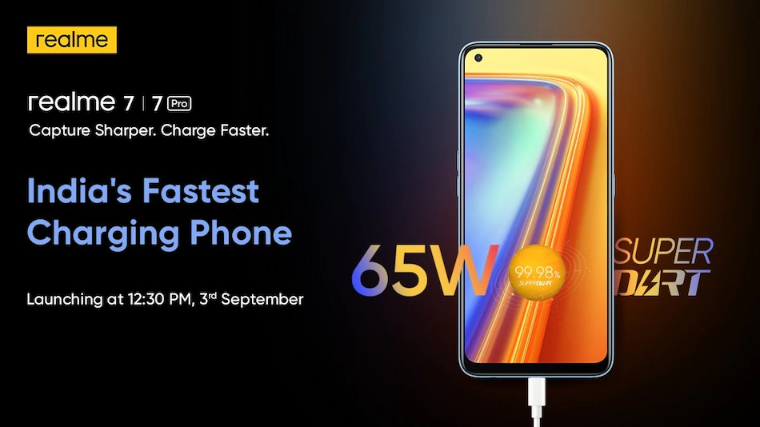 Recently, the company teased that the Realme 7 series will feature a 64MP main camera and supports 65W fast charging. Some of the previous leaks confirm a punch-hole OLED display, a 90Hz refresh rate, and a 4,500mAh battery.