Realme Buds Air users have reportedly been getting a new update. The new update comes with software version 1.2.0.0. Realme has started rolling out the update in several regions.

The update is mainly a bug fix update. The latest update addresses some issues which were present in the previous build. Along with the bug fixes, it also improves touch control and signal stability of the Realme Buds Air. 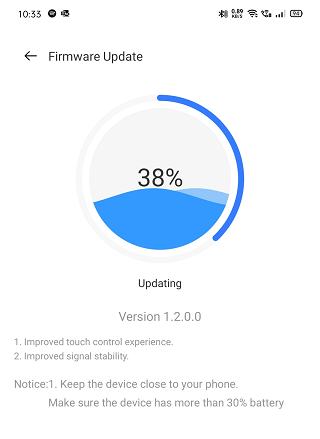