Realme has launched two of its affordable smartphones C11 and C15 recently and soon we are going to see a new C-series smartphone. The upcoming smartphone will be called as Realme C12 bearing the model number RMX2189. The  Realme C12 (RMX2189) has now been listed in Geekbench and BIS certification. Geekbench listing reveals the phone has 3GB of RAM and runs Android 10 out of the box. It will be powered by 2.3GHz Octa-core MediaTek Helio G35 processor. 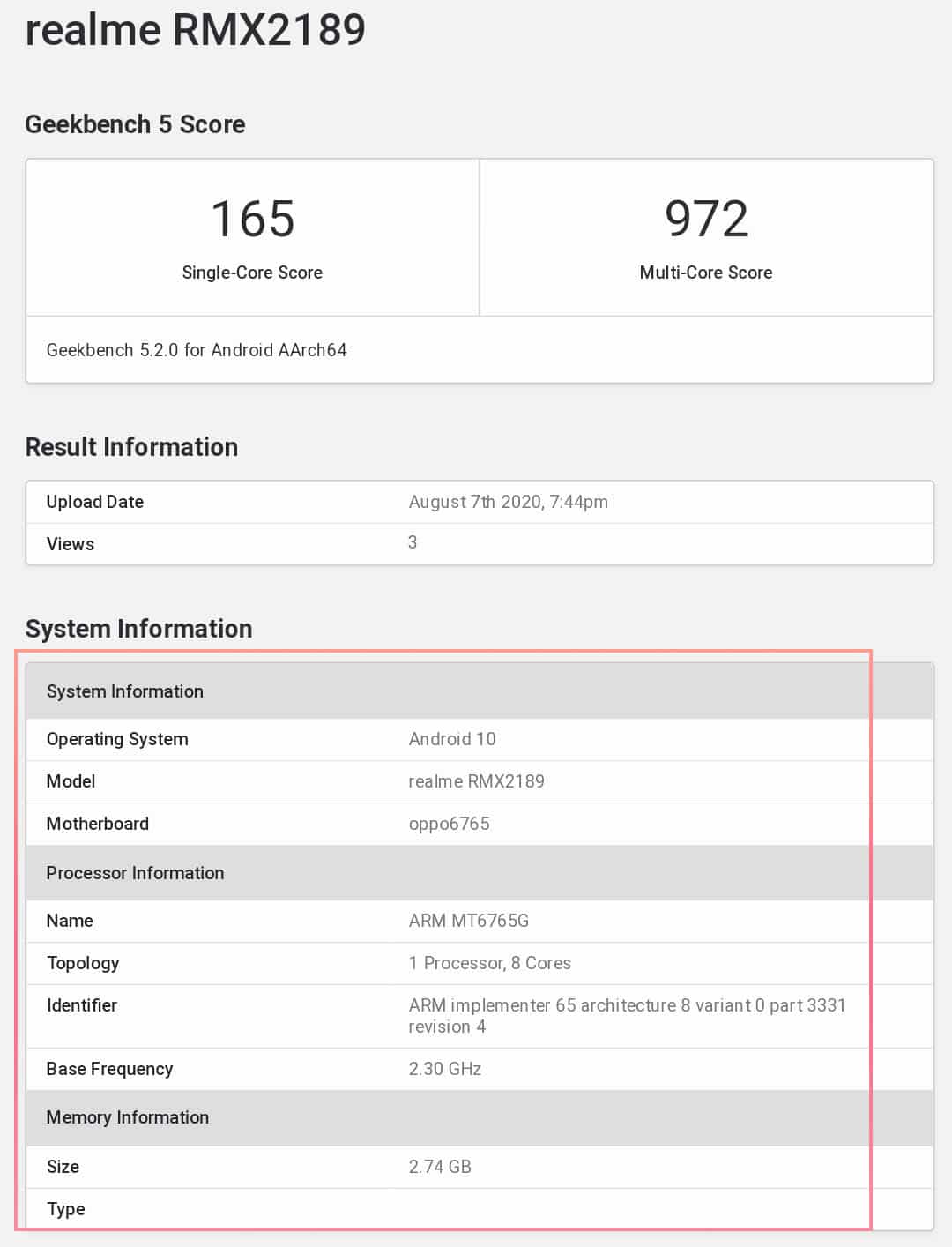 In the Geekbench test, the device has scored 165 points in the single-core test
and 972 points in the multi-core test. The BIS (Bureau of Indian Standards) certification suggests that the phone could launch in India too. 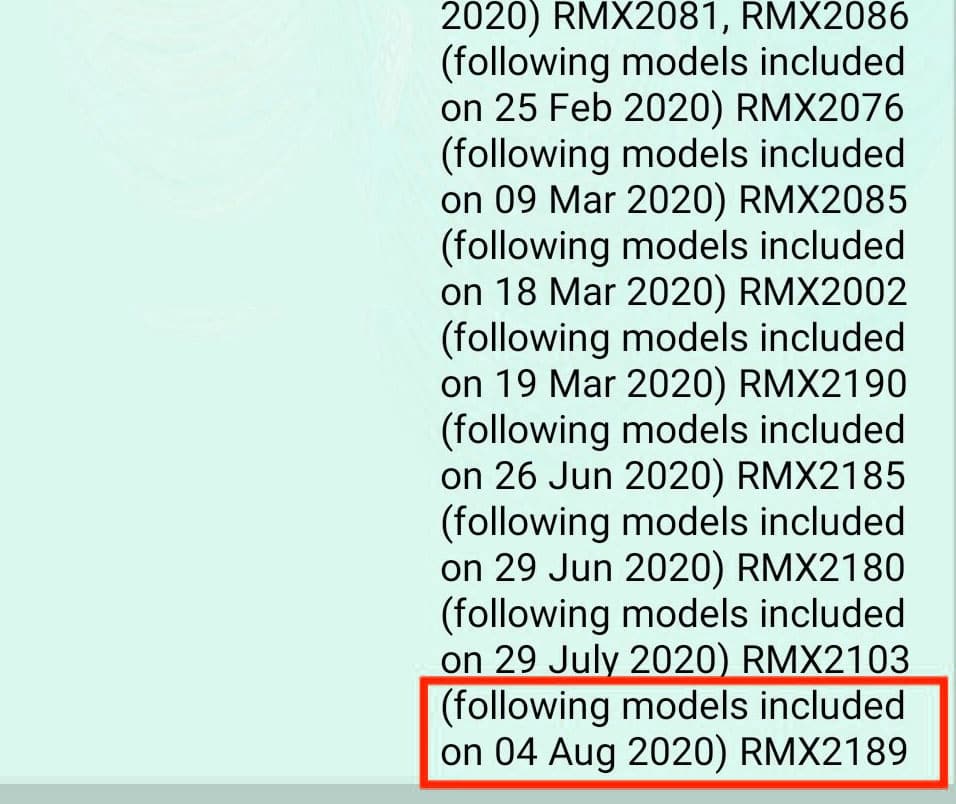 Earlier the device spotted on multiple certification authorities which includes NTBC, TKDN, SDPPI and Chinese 3C revealing some key specifications. Through all these certifications we knew that the upcoming Realme C12 will be a 4G handset having 6000mAh large battery. The handset will come with a normal 10W charger (5V at 2A), not a fast charging  as we saw in Realme C15.

The upcoming C12 is likely to adpot some of the features from C11 and C15 like the HD+ display, Waterdrop notch and 3.5mm headphone jack. The company is planning to unveil this phone to a large number of markets. This is because, the device has been certified multiple countries which includes Thailand, Indonesia, Malaysia, and China. The company remains silent about this new phone, but we think the launch is very near.