Realme has filed a patent for a smartphone with a circular camera module on the rear side. The camera module looks a lot similar to the Huawei Mate 30 Pro. Seeing the patent images, it is hard to confirm whether the module consists of 4 camera sensors or just 3 sensors and an LED flash. Have a look at the patent images. The patent shows no fingerprint scanner on the sides or on the rear panel. So, this Realme phone will feature an under-display fingerprint scanner. This further suggests that the display will be either AMOLED or OLED type. On the front, the phone has a punch-hole cutout for the selfie camera. 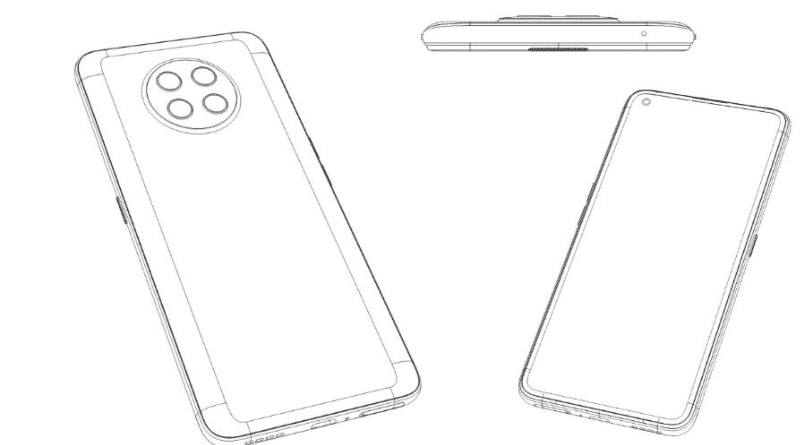 The bezels appear to be much thinner at the top and bottom, thus giving a high screen to body ratio. We can see the power button on the right side and volume rockers are on the left side of the phone. The charging port, speaker grille, and sim tray is fixed at the bottom. The edge portion on the rear side appears to be curved. Also, the camera bump is not so thick and there is no headphone jack.