Realme which is a relatively new company has been performing extremely well especially in the Asian markets. Some rumours suggested that the company may unveil a smartphone with support up to 120W fast charging.

Now the claim seems true as today Oppo which is a sister brand of Realme has confirmed that the company will be introducing 125W fast charging solution on July 15. There is another big news regarding Realme which we spotted today.

Now the Realme’s Indonesian Marketing head has officially confirmed that the company is working on a device with a massive 600mAh battery. The director took to his Instagram and shared an image which has 6000mAh written over it.

He wrote and I quote” We always listen to you guys and put your feedback as our top priority. Many fans ask for a really big battery, and here it is now” 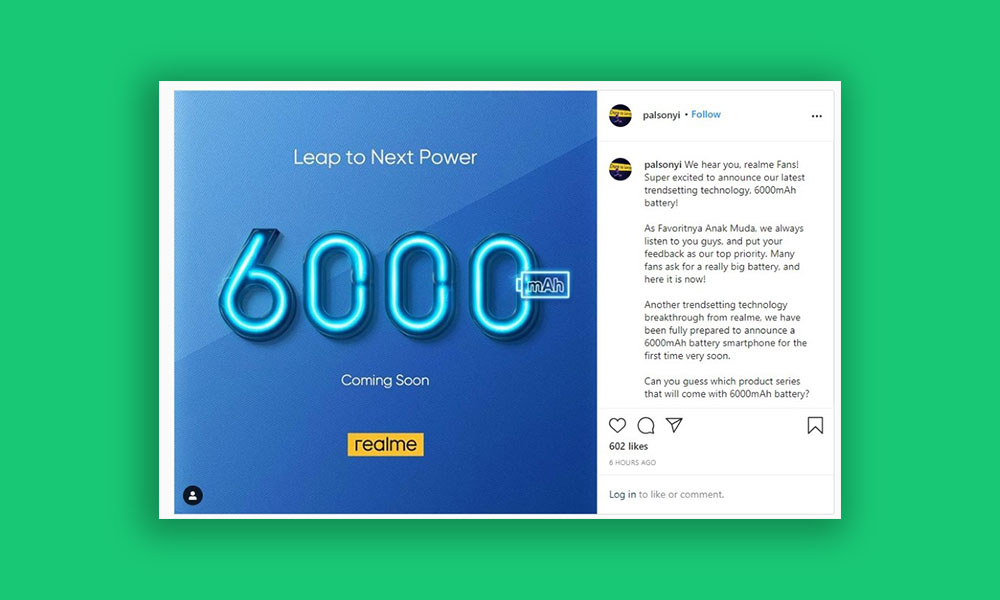 Later the official Twitter handle of Indonesia Realme shared the Dircetors’s post on its Twitter account. If you remember, a few weeks ago an unknown Realme phone with 6000 mAh battery was spotted on TUV certification website. The director may be referring to the same device. But we should take these leaks with a pinch of salt.

As of now, no other information about the product is revealed. But we are sure that in coming days we will be getting some updates about the device.