Yesterday, Realme CMO teased the arrival of a new Realme Q-series smartphone revealing the rear design of the device. And today, the company announces the launch date for its upcoming Q2 series. The lineup is most likely to include two devices – Realme Q2 and Q2 Pro. 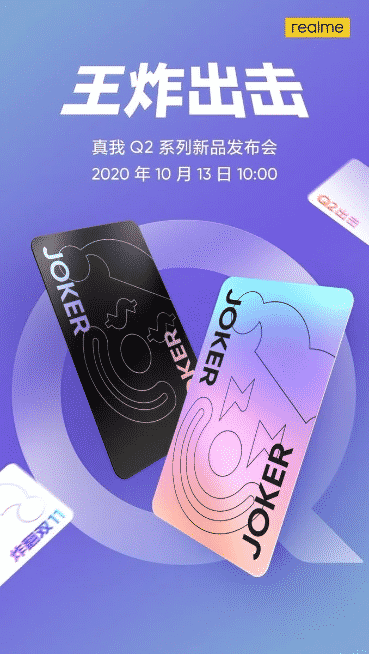 The Realme RMX2117 which is speculated to be the Realme Q2 has been spotted on Geekbench today with some key specifications. As per the listing, the device will be powered by a 2.0GHz octa-core MediaTek Dimensity 800U processor that will be paired with 6GB RAM. It will run Android 10 OS with realmeUI on the top. 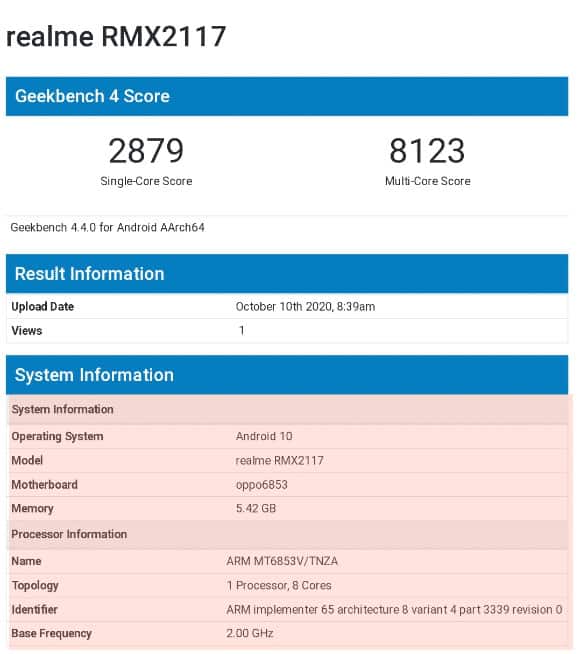 A couple of days ago, the Realme RMX2117 appeared in the TENAA database that revealed some key details. According to it, the alleged Realme Q2 (RMX2117) will sport a 6.5-inch LCD display with FullHD+ resolution. It will feature a 16MP front-facing camera and the rear side gets a 48MP+8MP+2MP triple cameras.

The device is expected to arrive in 4GB/6GB/8GB of RAM with 64GB/128GB/256GB of internal storage options. It will pack a 4,900mAh battery with 30W fast charging support and a fingerprint scanner on the right side.