Realme X7 Pro 5G is all set to launch on September 1 along with the vanilla Realme X7. Now, the Realme X7 Pro bearing model number RMX2121 listed on Geekbench with MediaTek Dimensity 1000+ chipset. Further, the listing shows 8GB of RAM and Android 10 OS out of the box. In the Geekbench tests, the device has scored 3802 points in the single-core test and 13096 points in the multi-core test. 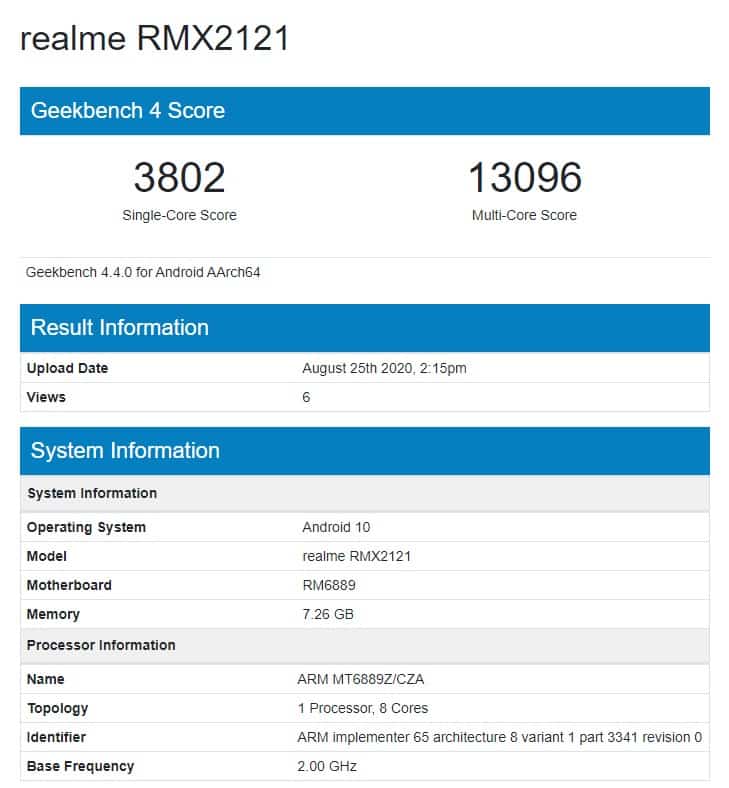 Realme X7 Pro 5G will feature a 6.55-inch OLED display with 1080p+ resolution and 120Hz refresh rate. It will feature a 32MP camera on the front while the rear side gets 64MP + 8MP + 2MP + 2MP quad camera setup. The phone will pack 4,500mAh battery with 65W fast charging support. Some rumours suggest that there will be a Realme X7 Pro Ultra for which the company has not announced anything.