Finally, the much-awaited Redmi 9A has been launched today in the Malaysian market and later there will be other markets where the device may get launched.

Redmi 9A with POCO branding spotted on TUV Rheinland certification

But there is another twist to the story. Recently a Redmi device was spotted on the TUV Rheinland certification website with multiple model numbers starting with M2006C3 which reaffirmed that these all are different variants of the Redmi 9A.

We all know that Xiaomi is the parent company of both POCO and Redmi and in the past, we have seen that with the POCO X2. The device is a rebranded version of Redmi K30 4G. So there is a high possibility that Xiaomi may launch Redmi 9A (M2006C3LI) under POCO branding in some markets. 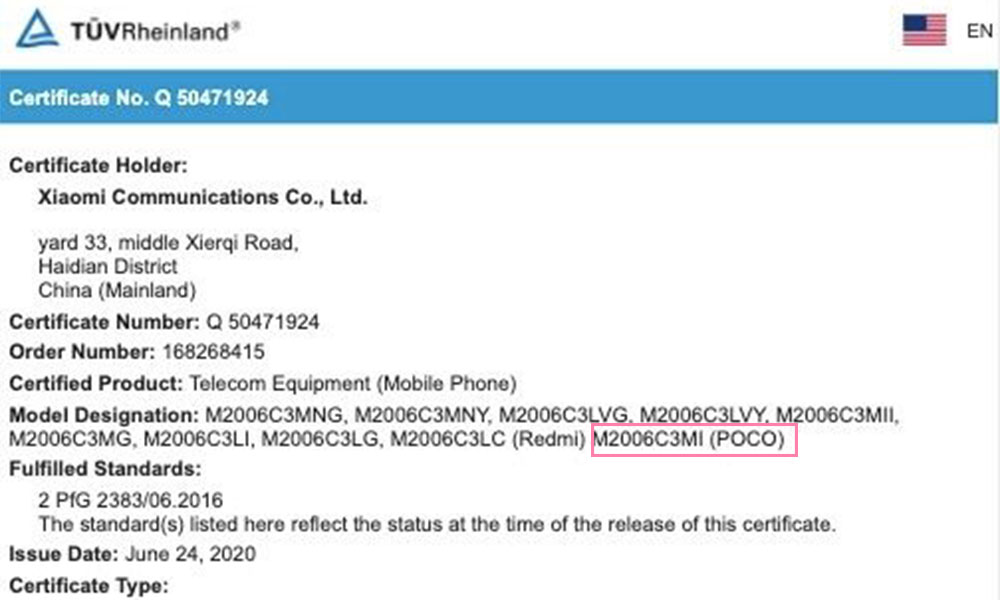 Now talking about the specification of the Redmi 9A, the device has a 6.53-inch IPS LCD with HD resolution screen. It is being driven by the MediaTek Helio G25 SoC coupled with 2GB RAM and 32GB onboard storage.

The device houses a 5000mAh battery and runs the latest Android 10 based MIUI out of the box. Redmi 9A comes with a 13MP rear primary camera and a 5MP front camera.