Both the Redmi Note 7 and Note 8 series models are one of the best-in-class affordable budget segment smartphones by Xiaomi. All the Xiaomi Redmi Note 7/7 Pro, Redmi Note 8, and Note 8 Pro devices were launched with Android 9.0 Pie out-of-the-box and then they received the stable official Android 10 update over MIUI 11 skin. Now, as the Android 11 OS has been released officially, more & more Android users are looking whether their devices will gonna receive the stable Android 11 update or not. The same thing is applicable for the Redmi Note 7/7 Pro, Redmi Note 8, and Note 8 Pro users because they’re looking for the Android 11 Update. Well, let’s check this article that what we know so far.

Meanwhile, Xiaomi has released its new MIUI 12 skin which is definitely a successor version of the MIUI 11 and brings so many new features with other system improvements and visual changes. So, both the Redmi Note 7 Pro and Note 8 Pro models have started receiving the latest MIUI 12 update in some of the regions periodically. 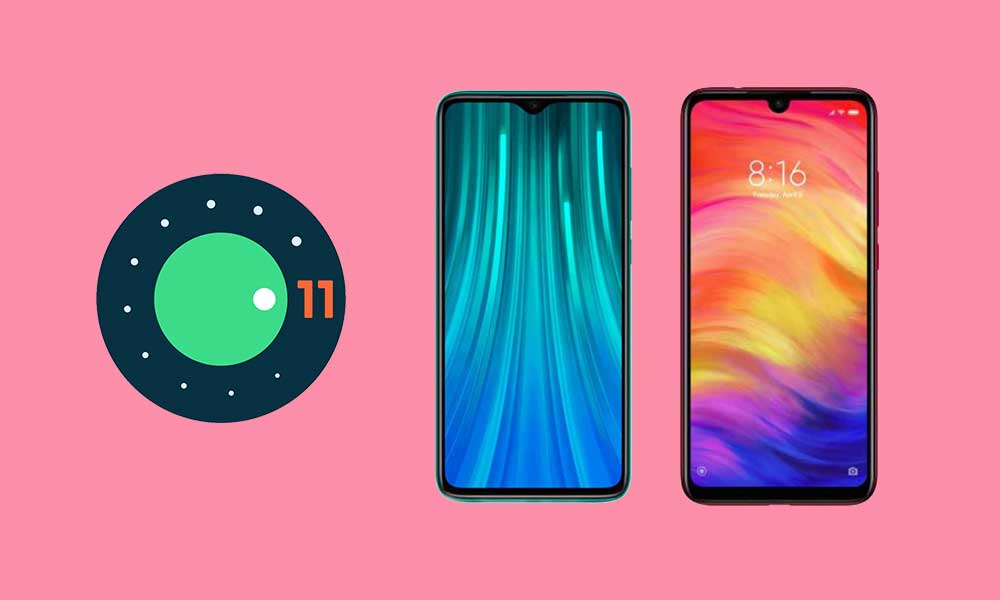 Even recently, one of the Mi Community Moderator has mentioned that these models are unlikely to receive the official Android 11 update due to the lower hardware capacity. However, there is no official announcement made yet from Xiaomi. So, we can wait until we get to the conclusion.