Now Good news is that all nexus devices including Google Nexus 6 can be rooted easily.Chainfire’s latest release v2.61 has auto boot Pachter, means users don’t need to flash a modified boot separately.Just Flash the SuperSu file Via any custom recovery and you are done.Follow the step by step guide below to Root Nexus 6 On Android Marshmallow 6.0.1 (MMB29K)

rootmygalaxy.net will not be held responsible for any kind of damage occurred to your Google Nexus 6 while following this tutorial.Do it at your own risk. 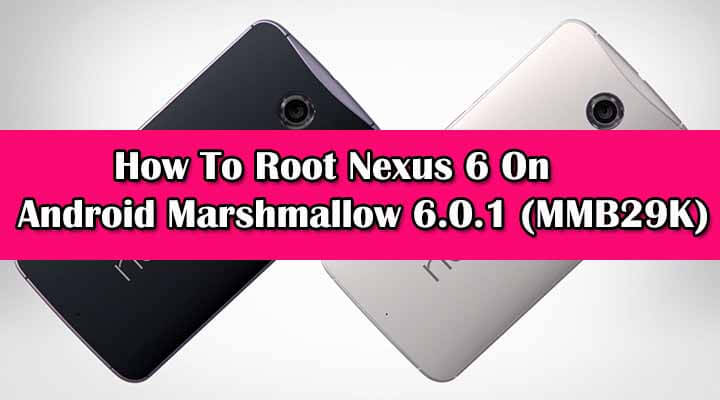