A new Samsung Galaxy device with model number SM-A013G has been spotted on the TKDN Indonesia. This is indeed the Galaxy A01 Core. Previously we have seen Galaxy A01 Core with a similar model number (SM-A013F) on Google Play console and Bluetooth SIG certification sites. 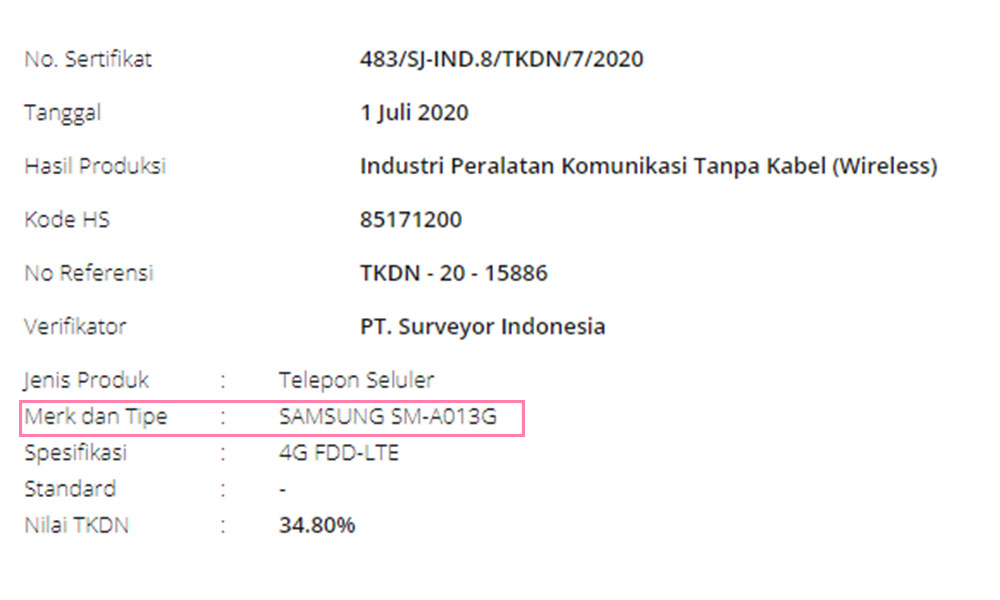 Now coming to the specification of the device, it has already been leaked through the Google Play Console. The Play Console listing has confirmed that the device will be coming with an HD+  (720X1480) notch-less display.