Samsung is working on a budget smartphone under the Galaxy A-series dubbed Galaxy A02. The device now appears in Geekbench listing with model number SM-A025F. Geekbench listing reveals that the phone will be powered by a 1.8GHz Qualcomm processor speculated to be the Snapdragon 450 SoC. The handset runs Android 10 and comes with at least 2GB RAM. 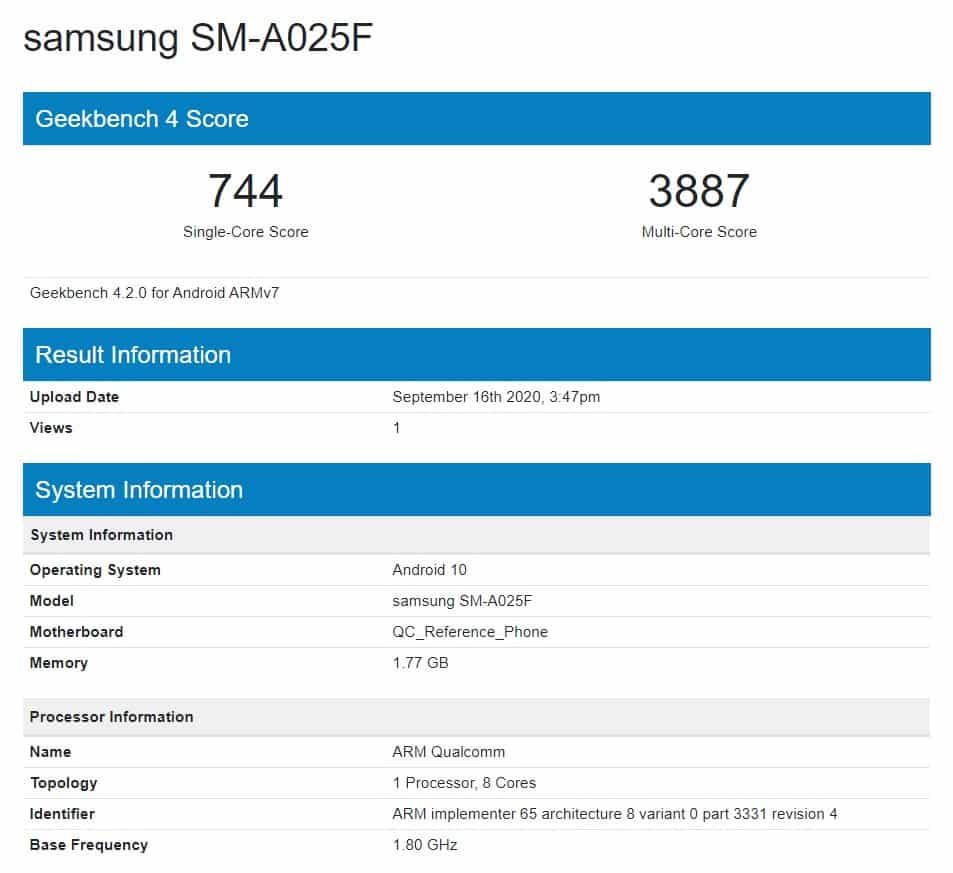 In the Geekbench tests, the Samsung SM-A025F has scored 744 points in the single-core test and 3887 points in the multi-core test. The Samsung Galaxy A02 will be a successor to the Galaxy A01 which is also a budget smartphone. Let’s have a quick look at the specs sheet of Galaxy A01 to have a rough estimation of the upcoming Galaxy A02.