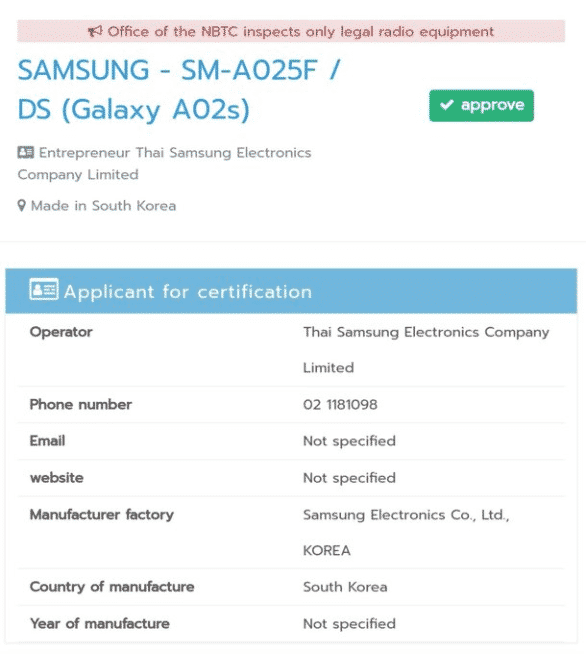 The NBTC certification fails to reveal any more details, but we already know some key specifications of the Galaxy A02s through Geekbench listing. According to it, the phone will come with Android 10 OS, 3GB of RAM, and a 1.8GHz octa-core Qualcomm processor. The chipset name is currently unknown but expected to be Snapdragon 460 SoC.

We are likely to see more RAM variants at the launch. Samsung is yet to announce any details regarding the upcoming Galaxy A02s. Since the device already made an appearance on multiple certification websites, we think the launch is not too far from here.