Both the Samsung Galaxy A60 and Galaxy M40 smartphones were launched in mid-2019 with Android 9.0 Pie over One UI. Samsung has delivered plenty of security patch updates to its eligible devices last year which was quite overwhelming. As the new year has begun, Samsung will try to continue the trend by providing more latest software updates to most of its Galaxy devices along with security patches. Now, coming to the topic, Samsung Galaxy A60 and Galaxy M40 Android 10 spotted online as both the devices has listed on the Wi-Fi Alliance site with OS version Android 10.

A huge thanks to the leak star, Mukul Sharma for sharing these details with the certificate image on his Twitter profile. Most importantly, both the Galaxy A60 and Galaxy M40 features dual-band Wi-Fi (2.4GHz, 5GHz). 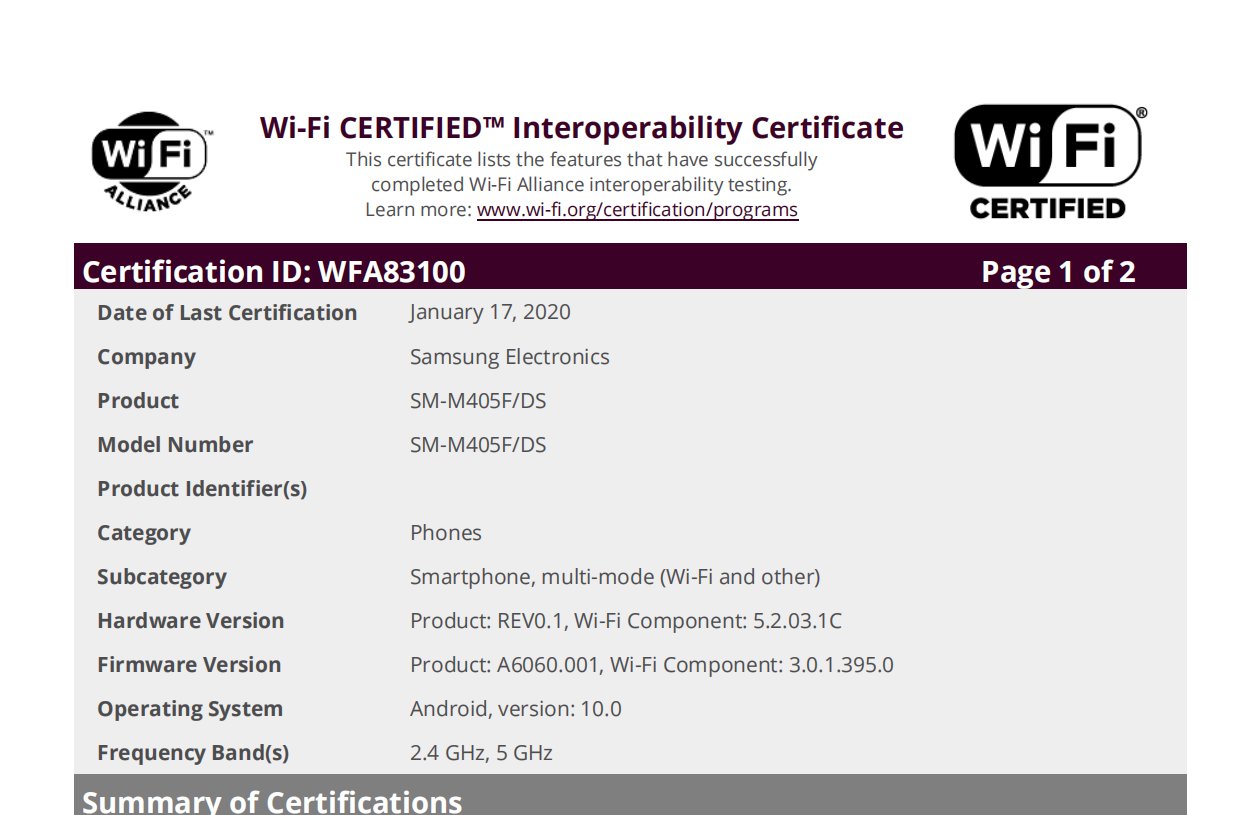 So, if you’re a Samsung Galaxy A60 or Samsung Galaxy M40 user, then you should wait for a couple of weeks more to get an official Android 10 update. However, it’s recommended to check for OTA updates manually on your device to get notified earlier.