Now the Samsung Galaxy Note 20 and Galaxy Note 20 ultra with model number SM-N981U and SM-N986U respectively have been spotted on the NFC certification. 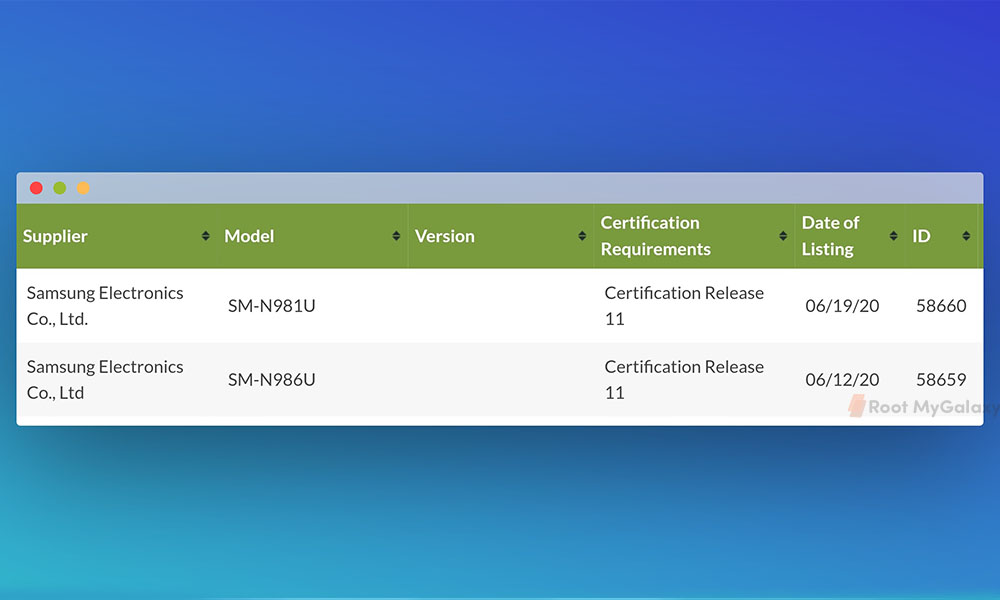 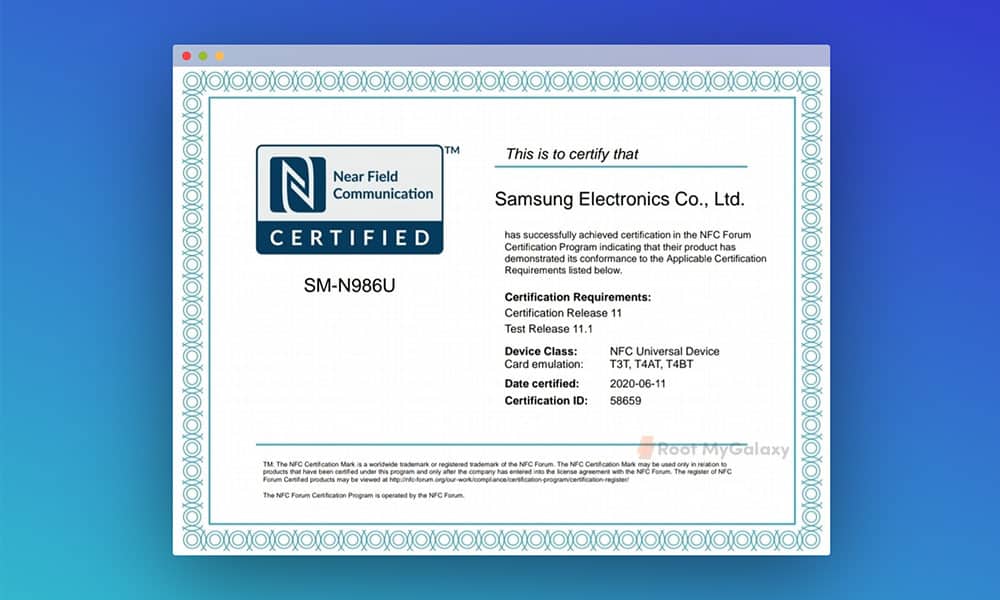 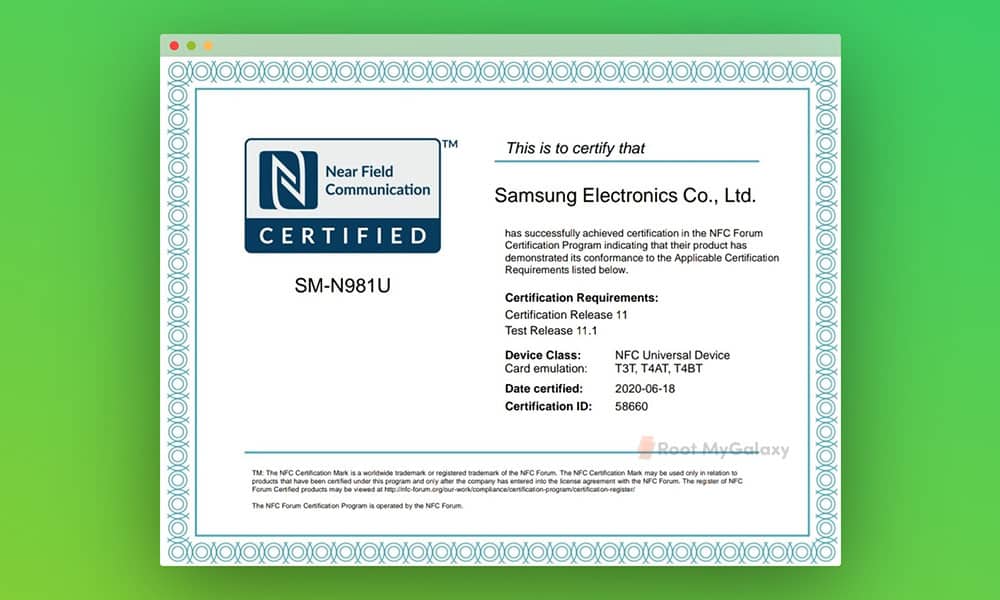 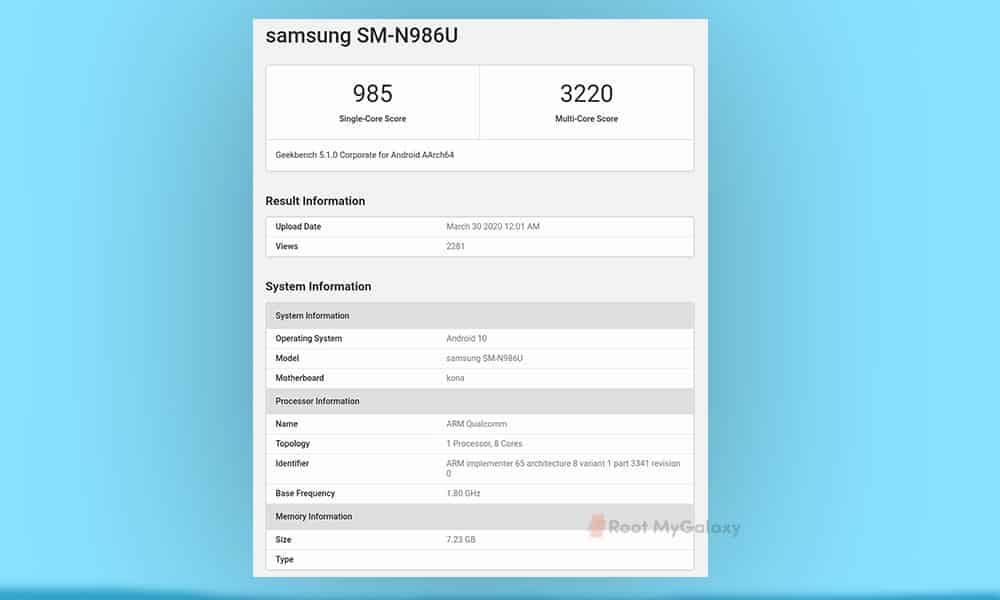 The alleged Samsung Galaxy Note 20 has been benchmarked on the popular benchmarking platform, Geekbench. The listing reveals some of the key specs of the device.

As per the Geekbench listing, the alleged Galaxy Note 20 Ultra is powered by Qualcomm’s Snapdragon 865 (base clock of 1.8GHz) coupled with 8GB of RAM. The device will be running Android 10 out of the box.

Now coming to the score, Galaxy Note 20 managed to score 985 in the sing core test and 322o in the multicore test.