The South Korean handset maker, Samsung always manages to kick off a storm when it is about to launch a new device in the market. Whenever the brand is all set to launch a major handset or flagship, the Internet goes berserk with speculations and rumours regarding the handset. The same thing is happening now as Samsung is all set to launch the next in its Galaxy Note series, which surprisingly is Galaxy Note 7 and not Galaxy Note 6. Now, it has been confirmed that the upcoming phablet will be launched on August 2, 2016 and here is a round up of all things Galaxy Note 7.

Last year, Samsung managed to stun everyone with the new design of Galaxy Note 5, which had curved back and same glass and metal design as Galaxy S6. Needless to say, Android enthusiasts were pumped to see the announcement regarding the Galaxy Note 7.

Samsung Galaxy Note 7: THE NEXT BIG THING from Samsung

While the hype for the Galaxy Note 7 was quite real, Samsung has been quite cryptic regarding the release of the handset. However, the South Korean brand has now announced that the phablet will see the light of the day on August 2, 2016. However, as of now there has been no official invite for the same.

Here are some of the leaked images that have cropped up on the Internet prior to the launch.  Note the Iris scanner on the front panel top left, which is touted to be the ground breaking technology by far.

All Image are copyrighted to their respective owners 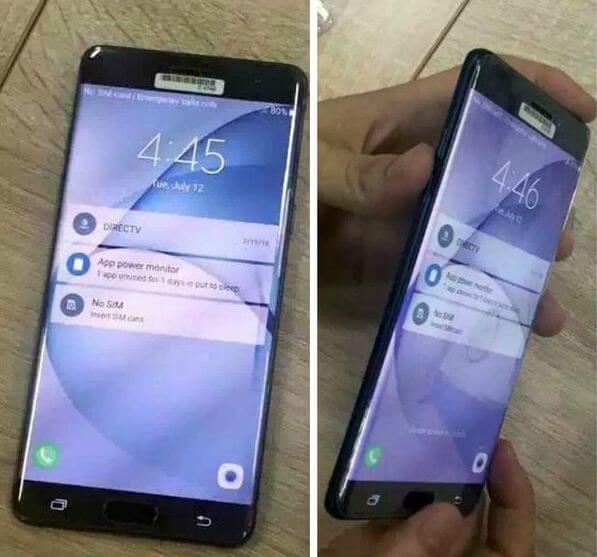 We can expect the Galaxy Note 7 to be quite ahead of its time just like all of its predecessors. Some of the rumored specifications of the device has been mentioned below.

The upcoming phablet will come with the latest Android 6.0.1 Marshmallow operating system pre-installed in it. It is certain that the device would receive the Android N as well, however, it may take a while to reach the device. Moreover, its expected that the device will run on Exynos 8893 in India, which is an Octa-core processor expected to be clocked at 1.8 GHz. We can be rest assured that the phablet will never face any lag. 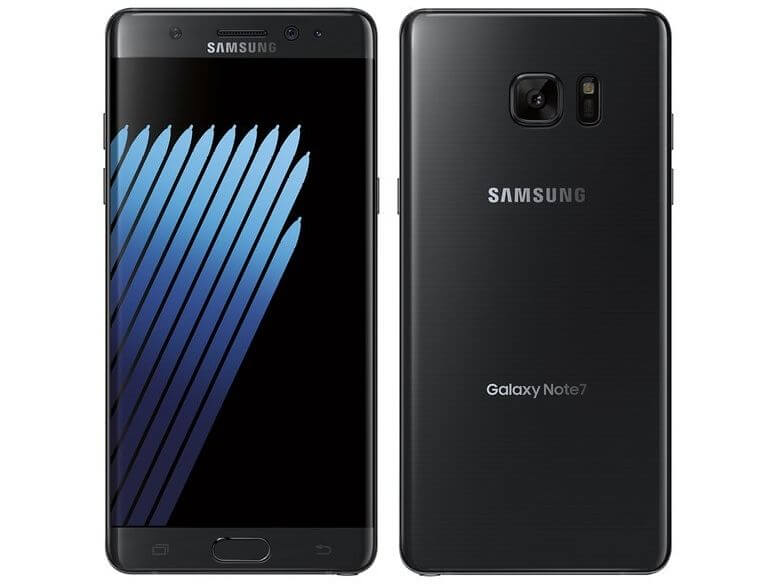 As is the norm with Galaxy Note series handsets, Galaxy Note 7 too will feature a massive 5.7-inch display, which would be an absolute delight to watch multimedia and play games on. It is to be expected that the device would feature a Super AMOLED display and Quad-HD resolution, which makes for a pixel density of 515 ppi. Needless to say, that the visual quality on the display of this handset is nothing less than brilliant. As per several leaks available online, the handset is expected to feature a slight curved display (not exactly like S7 Edge). The phone is speculated to get the best protective glass casing, Gorilla Glass 5 , which survives 80 percent of drops from shoulder height.

This handset is expected to come in a single variant with 64 GB of internal storage, which is massive by Indian standards. Moreover, Samsung will also include the option of expanding the storage up to 128 GB, using a microSD card, which is a welcome addition. It is also being speculated that the device will be in the elite club of handsets, which come with a massive RAM of 6GB.

Samsung took a detour with Galaxy S7 and equipped the flagship device with a 12 Megapixels snapper down from 16 Megapixels on Galaxy S6. However, the brand claims that the camera module is Dual Pixel unit, which means it takes in double the amount of light and pictures turn out to be par excellence. The same 12 Dual Pixels camera is expected to feature on the rear panel of the upcoming Galaxy Note 7. On the front panel of this handset would be a 5 Megapixels selfie snapper.

Samsung has equipped the upcoming flagship with a massive 3600 mAh battery, which can be a boon for heavy users. However, the battery is non-removable, which has been a norm for a year now and users have accepted it. Samsung has also equipped this handset with support for fast charging and wireless charging for the convenience of its users. Samsung has always introduced some of the ground breaking technologies with either its flagship Galaxy S Lineup or Galaxy Note. This year, Galaxy Note 7 is bringing yet another revolutionary feature after fingerprint scanner. It is being speculated that the device will feature an Iris scanner on the front panel and the leaked images of handset proves it. If this news happens to be true, Galaxy Note 7 would become the most secure handset with both fingerprint and Iris scanner on-board. While this may be a gimmick, however, Samsung has never been a brand to indulge in any sort of gimmicks. Therefore, we can expect the Iris Scanner on the upcoming handset to be the real deal.

Samsung has always priced its Galaxy Note series handsets northward of INR 45,000 or nearly 800$ and in recent past, due to all enhancements price has only shot up. Samsung launched Galaxy Note 5 with a price tag of approx 850$ (INR 54,000) and we can expect the upcoming Samsung Galaxy Note 7 Price to bear the price tag of at least 850$ (INR 55,000)

An android Lover and Admin of xiaomitoday.com.