From the past few weeks, we have been hearing leaks and rumours surrounding the Samsung Galaxy S21 series. Now, the Samsung SM-G996B speculated to be the Galaxy S21+ appears in the Geekbench database. 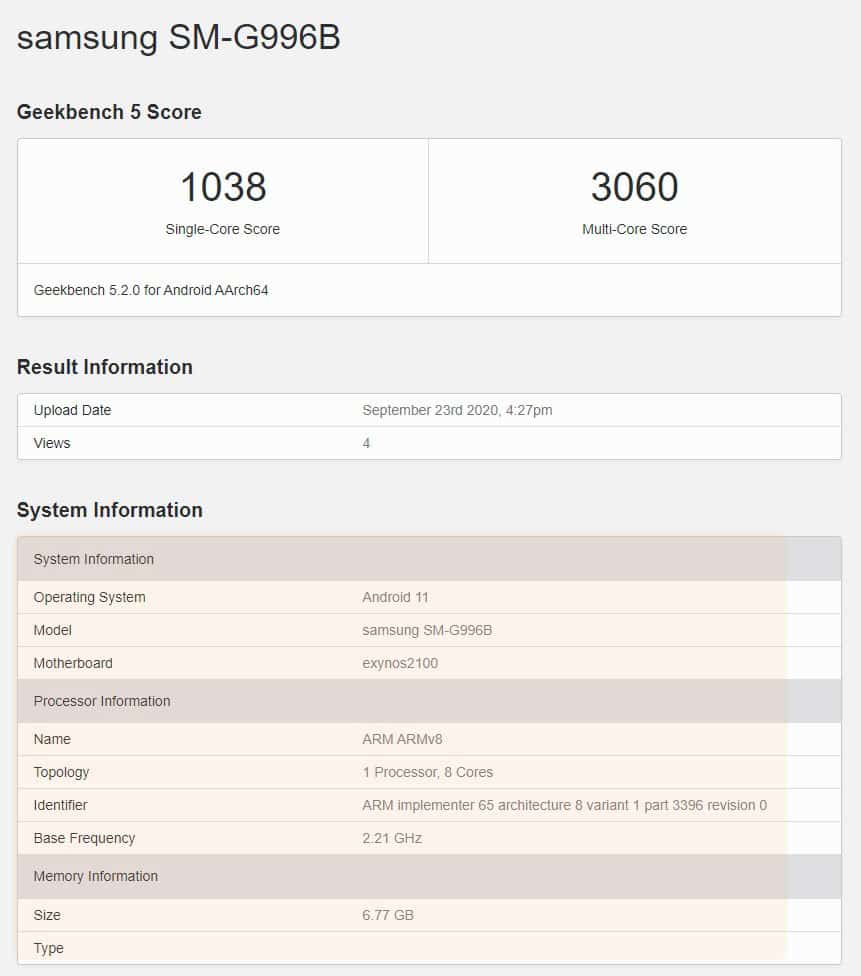 The listing reveals that Galaxy S21+ features Exynos 2100 SoC, Mali-G78 GPU, Android 11, and 6.77GB RAM. Most likely, the phone will have 8GB RAM as the 6.77GB does not include memory acquired by GPU. In the Geekbench tests, the device has managed to score 1038 points in the single-core test, and 3060 points the multi-core test.

Recently, the Galaxy S21+ appeared on Safety Korea certification revealing a 4,800mAh battery capacity. Past reports reveal that Galaxy S21 will arrive with a 3,800mAh battery while the Ultra variant will feature a 5,000mAh battery.