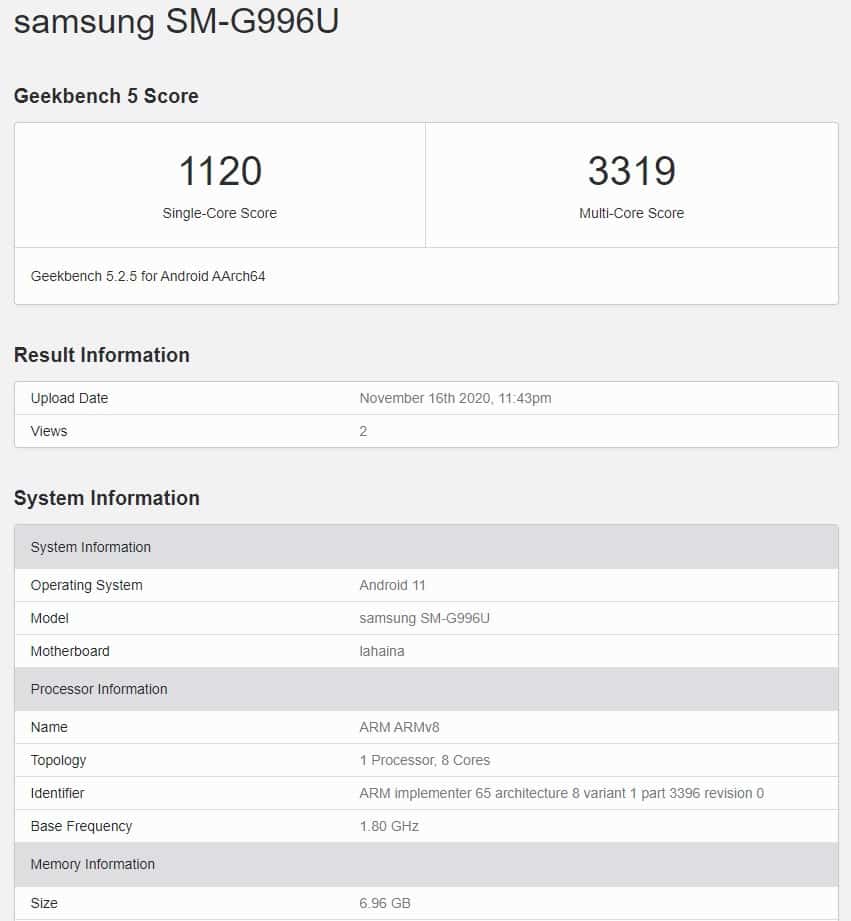 As per the Geekbench listing, the Galaxy S21+ has 8GB of RAM and boots Android 11 out of the box. The motherboard mentioned in the listing has the codename “lahaina” which reportedly belongs to the Snapdragon 875 SoC. The device managed to score 1120 points in the single-core test and 3319 points in the multi-core test.

Back in September, the Exynos variant of the Galaxy S21+ was spotted on Geekbench with scores 1038 and 3060 for the single-core and multi-core. Hence, it seems that the Snapdragon variant will be more powerful than the Exynos variant in terms of processing. The Galaxy is expected to come with a 4,800mAh battery and NFC support and 25W fast charging. As of now, there is no word from Samsung regarding the launch of the Galaxy S21 series but rumored to go official in 2021.